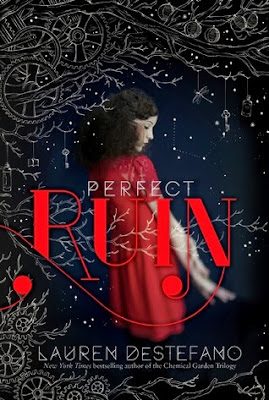 On the floating city of Internment, you can be anything you dream. Unless you approach the edge. Children’s Literature says “shades of Aldous Huxley’s Brave New World and George Orwell’s 1984 inspire DeStefano’s sci-fi/murder mystery page-turner.”Morgan Stockhour knows getting too close to the edge of Internment, the floating city and her home, can lead to madness. Even though her older brother, Lex, was a Jumper, Morgan vows never to end up like him. There’s too much for her on Internment: her parents, best friend Pen, and her betrothed, Basil. Her life is ordinary and safe, even if she sometimes does wonder about the ground and why it’s forbidden.Then a murder, the first in a generation, rocks the city. With whispers swirling and fear on the wind, Morgan can no longer stop herself from investigating, especially once she meets Judas. Betrothed to the victim, Judas is being blamed for the murder, but Morgan is convinced of his innocence. Secrets lay at the heart of Internment, but nothing can prepare Morgan for what she will find—or whom she will lose.

Perfect Ruin is the first book in the Internment Chronicles by the author who also wrote the Chemical Garden trilogy. Narrated by 16-year old Morgan Stockhour, the story takes place in a fictional city in the sky called Internment. It is said that Internment was ripped from the Ground by the god of the sky who the residents pray to to keep them safe. It is a Utopian society where there is no crime. It is a place where it is your life to embrace the things you want to do, or squander it like a rich Kardashian who just got their inheritance and immediately went out and blew the entire kit and caboodle because they wanted a body makeover.

There is only one real rule: Don't get too close to the edge. The lure of looking down to the ground can and has invited madness to overcome sanity. Morgan knows this better than most because her brother Lex, is one of those Jumpers who lost his sight in the process. Morgan hasn't exactly had an easy life since then. She's become known as a daydreamer and her parents are distant at times while her mother suffers deep, dark depression.

She's only got one true friend in Pen, which is a good thing since Pen has been by her side since the beginning and doesn't abandon Morgan but stands by her side. She also has her brothers wife Alice, who is adorable and amazing and strong and everything I believe women should strive to be. Alice is also a victim of the King's rules, which makes her even more likable since she refuses to give up but continues to fight.

Internment is a society based on the immediate betrothed theory. Right out of the womb, you are mated with your intended who you will spend your entire life with due to the fact that there is no divorce, and the life and death rate is closely monitored. If your mate dies before the maximum age, you end up alone until you're time comes. Morgan's intended is Basil, and I have to say, I adore Basil. I adore the fact that he's not pushy. I love that he's patient, and let's Morgan be who she is. I love that it's Morgan and Basil, and not Morgan, and Basil, and someone else! I'm not into all that book boyfriend craziness, but he definitely makes my list of how I envision men should aim to be like.

Perfect Ruin has an interesting concept with world building that is stellar. Throw in a King who rules all, a murdered girl Morgan's age who questions everything, a rebellion to overthrow the Kings mandates, and people trying to find a way off Internment to the ground, and you have the start of an interesting new series. However, over the first, say 200 pages, Morgan was one of the most boring, cardboard characters you will ever meet.

Secondary characters like her brother Lex, his wife Alice, and Pen were more interesting. Snore fest though most of the first 100 pages or more. Probably at 200 pages, the story got very interesting, especially with Judas and Amy's participation. The story ended in a weird place. Literally. Then again, considering this is the same author who gave us the the Chemical Gardens trilogy, why would anyone be surprised?

Other Books in Series:
*Note* After Perfect Ruin was released, there was a complete cover redesign!* 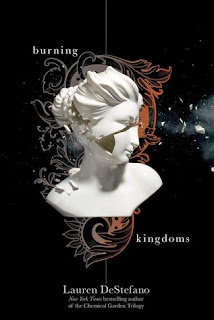 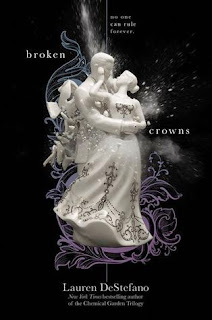