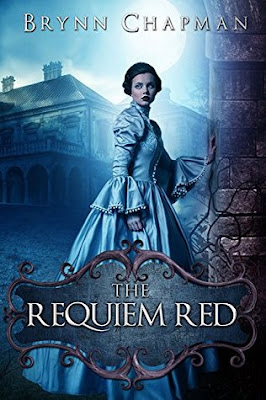 
Life for patient 29 is full of medicated day dreams of a life outside the walls of Soothing Hills Asylum. But fantasies are not all that consume her. A monster roams the halls of the sanitarium she reluctantly calls home and three girls have been found dead. The dead girls share one common thread . . . each was 29’s cell mate. As the investigation gets under way, she retreats into her mind, listening to the voices that call to her. She is endowed with the cursed gift of perception. Through it, she hears messages carried upon the notes of music, discerns words hidden among the strokes of paintings, and minds pleadings for help from the corn field outside. Could the key to the murders lie within 29’s broken mind? Mason, an orderly, does not see 29 as a lunatic and as his belief in her grows so does her self-confidence. The possibility of one day leaving the asylum seems less and less like a fantasy. But the monster has other plans for her. Leaving will not be so easy, at least not while she is alive.

The Requiem Red, by author Brynn Chapman, is the first installment in an yet unnamed series. Set in the early 19th Century, Soothing Hill Sanitarium has been the only home for 19-year old Jane, aka patient Twenty-Nine. Jane doesn't know her real name, or what happened to her real family. Jane has never been on the outside of Soothing Hills because of strict regiments which keep her locked up and away from anyone who might try to help her. She has had her share of roommates that never last. They either disappear, or attempt to escape. This causes certain elements to focus all their ire and their ill treatment of her that borders on the absurd.

Jane's only salvation has been her cat Sebastian, her paintings, and her one and only friend patient Twenty. Jane's struggle is a realistic one in a world where husbands dump their wives off at the asylum, and then find someone younger to put on a pedestal. In this era, women had absolutely no rights. Soothing Hills is a place where ablations take place on a regular basis, and those women are lost forever in darkness. Ablations, for those who are unaware, are lobotomies. Jane has few options of ever seeing the outside world.

That is until she is given the hope of being transferred to a new ward by Dr. Jonathan Grayjoy. It is a place where women are schooled in how to deal with the outside world, and they can be themselves. For Jane, music is her world. She hears words in music. She plays music without needing sheet music. She knows that because when she kits a certain key, it calms her down. She's also an excellent painter because she puts her own experiences, pain and suffering behind them. Although Jane is the character most likely to get more than her fair share of symphony for years of torture, and extremely awful treatment at the hands of certain doctors, she is not the only star of this book.

There are actually four main character in this book. Jane, Jules Frost, Dr. Grayjoy, and Mason, who is an orderly at the asylum. Jules is the total opposite of Jane. She's got a father who controls everything in her life. Jane is betrothed to marry a man who she really has no feelings for, but he is her escape from a world where she might as well be in prison like Jane. But, he can't control her when she decides to start volunteering at Soothing Hills. There Jules becomes aware of things her father, Dr. Frost, has kept her away from.

Here, Jules discovers feelings for the man who might be her salvation. Here, she discovers a long kept family secret that will blow her world apart at the seams, but will also set her free to discover things on her own. As for Dr. Grayjoy, let's just say that he a character that blows the cover off all sorts of long kept secrets, while trying his hardest to save Jane from being sent away without ever being seen again. He, like Mason, genuinely seem to care what happens to Jane, and attempts to make things easier for her. He is the real deal. There is no fake facade to Jonathan Grayjoy.

I dare say that Chapman has brought the world of living in a sanitarium to the light of day in a very vivid way. I appreciate that she never once tried to hide the darkness by making things happy and joyful. Her characters experience so much, that after reading this book, you will walk away wondering if today's asylums are any different than their predecessors.

After finishing this book, I was left on a hopeful note that there will be a sequel to this book. I was assured by the publisher that there will be more to come. I can't tell you how happy that makes me. I don't like when endings stop without knowing that there will be further adventures for Jane, Jules, Jonathan, and Mason. Plus, I don't think we have seen the last of the villainous Dr. Cloud who is just plain twisted.