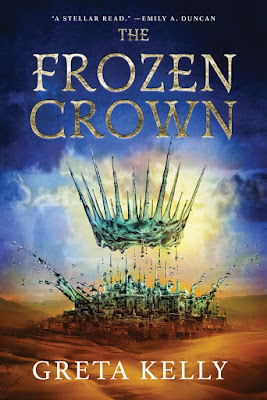 A princess with a powerful and dangerous secret must find a way to save her country from ruthless invaders in this exciting debut fantasy, the first novel in a thrilling duology packed with heroism, treachery, magic, and war, perfect for fans of Naomi Novik, S. A. Chakraborty, and R.F. Kuang.

Askia became heir to the Frozen Crown of Seravesh because of her devotion to her people. But her realm is facing a threat she cannot defeat by sheer will alone. The mad emperor of the Roven Empire has unleashed a horde of invading soldiers to enslave her lands. For months, her warriors have waged a valiant, stealth battle, yet they cannot stop the enemy’s advancement. Running out of time, she sets sail for sun-drenched Vishir, the neighboring land to the south, to seek help from its ruler, Emperor Armaan.

A young woman raised in army camps, Askia is ill-equipped to navigate Vishir’s labyrinthine political games. Her every move sinks her deeper into court intrigues which bewilder and repel her, leaving her vulnerable not only to enemies gathering at Vishir's gates, but to those behind the palace walls.

And in this glittering court, where secrets are worth more than gold, Askia fears that one false step will expose her true nature. For Askia is a witch gifted with magical abilities—knowledge that could destroy not only her life but her people. As her adversaries draw closer, Askia is forced to make an impossible choice—and no matter what she decides, it may not be enough to prevent Seravesh’s fall.

The Frozen Crown is the first installment in author Greta Kelly's Warrior Witch Duology. 21-year-old Princess Askia Poritskaya e-Nimri, rightful heir to the Frozen Crown of Seravesh, has spent months with Black Wolf Legion battling invading soldiers of the Rovan Empire. In order to save her country, she goes on a courageous quest south to Vishir to seek aid from Emperor Armaan. With little training in decorum and political games, Askia deals with culture shock, patriarchal society, and enemies from past and present, and an enemy who will do anything to have her.

Askia is a valiant protagonist undaunted in her quest to claim her birthright and lead her people as a warrior and a princess. While her parents were alive, they traveled all over the world. Home was where her parents were. After gaining a bit of reprieve from her Grandfather, Askia watched as her own cousin sold the country out to the Empire of Roven and its twisted leader after his death. While Askia is wading through a variety of situations, her country is slowing being torn down piece by piece. Soon there will be nothing left unless she can somehow manage to bring back a large enough army to forestall the inevitable collapse of her country.

Armaan is a man who Askia knows from the time she spent recovering after her parent’s deaths. However, Armaan has a tenuous peace with Roven and to take Askia's side in the conflict, would mean that a large portion of this world would be at war. As her adversaries draw closer from all sides, Askia is forced to make an impossible choice—and no matter what she decides, it may not be enough to prevent Seravesh’s fall. Askia also has to come to grips with her ever-growing magical powers that make her unique and desirable to those like the Emperor of Roven who likes to collect powerful witches.

Askia is surrounded by those like Count Dobor who believes that Askia should make the right choice and go with him to Roven who makes a claim on her. Dobor promises that if Askia marries the Emperor, Seravesh will go free. Illya is one of her guards and fellow Black Wolf Legion soldiers who has feelings for her but is restrained from allow those feelings to become something more. Illya knows that Askia must make hard choices including marrying even though she’s not in love with the person she is expected to marry.

Goran, her cousin, wears the Frozen Crown and has conscripted Seraveshi people into the Roven army. Radavan is the Emperor of Roven. He has been married 6 times and has murdered all 6 of his wives. He has abducted witches from their homes never to be seen again. Iskandar is her cousin who is wishy washy at times and part of the twisted triangle of doom. Khaljaq Shazir is the man who murdered Askia parents for being witches. He was the man who tortured Askia into confessing that she was a witch as well. He now vows to protect her from the twisted evil that is Radovan. He also wants to create a registry of witches and vows to go after the Shadow Guild.

In this world, there are 7 types of magic: (4) elemental – earth, fire, water, and air; and (3) spirit. Askia has the most powerful of magics and the most unique and can see and talk to the dead. Askia is a hero for our times. A valiant protagonist undaunted in her quest to claim her birthright and lead her people as a warrior and a princess, the character of Askia will hold wide appeal to diverse readers. Many young women will identify with her passion to do good, and her struggles and determination to pursue her destiny on her own terms.

I do wish there were a bit more world building, but I am not going to trip over my own self in order to rate this book lower. I will warn readers that yes, this book ends on a wickedly evil cliffhanger ending. The good part is that there is only one more book to be released, and it appears that Harper Voyager will publish the second book in the duology in October 2021. I received this book free from the publisher and my review is based solely on my opinions and notes that I took while reading the book. 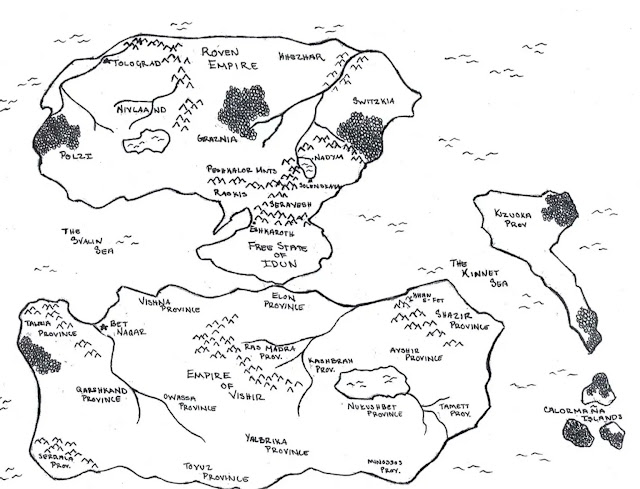