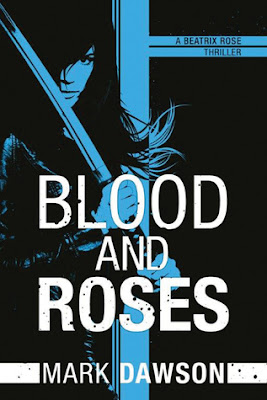 Beatrix Rose has worked her way through her Kill List. Four are dead and just two remain. But now her enemies know she has them in her sights. The hunter becomes the hunted.

In a thrilling conclusion to the breakneck trilogy, Beatrix and her daughter must fight them in North Africa, New York and finally in the swamps of North Carolina. It's a lightning-paced roller-coaster of action that pits a deadly assassin against the might of the most powerful private army on the planet.

It's long odds for Beatrix. And that's just how she likes it.

Blood and Roses is the final installment in the Beatrix Rose trilogy. As a summary, ten years ago Beatrix Rose was at the top of her game and called number one by the group known as Group Fifteen. She carried out off the books dirty work for a man called Control. When she discovered that Control was corrupt, five of his best assassins were sent out to kill her. They ended up killing her husband instead and left Beatrix without her daughter Isabella for the 8 long years that she was hiding out in Hong Kong. Bad mistake.

There were six names on Beatrix’s Kill List. FOUR have now been eliminated: Oliver Spenser (Russia), Joshua Joyce (Somalia), Lydia Chisholm (London), and Bryan Duffy (Iraq). All that remains is Connor English and the man Beatrix calls Control (Lucian Finnegan). Beatrix is followed home to Marrakesh by Connor and group of elite mercenaries working for Manage Risk. By the time it is over, Connor will have met his fate, Isabella sees action for the first time, and Beatrix decides that is time to flee for London, and then on to New York for one last trip together before Beatrix cancer ends her life. She also asks Michael Pope to bury Isabella's information so nobody can find her if things go sideways.

As this story kicks in, readers get a real sense that something awful is going to happen before Beatrix gets her ultimate revenge on the man who ordered a team of assassins out to kill her. For a whole year, Beatrix has been training her 13-year old daughter how to shoot, and survive. Beatrix is a really amazing character who can kick ass and take names with anyone from any genre. She's hardened for revenge, but that doesn't stop her from making arrangements for kids who had their lives torn apart by war.

If you've read this book, please don't spoil it for others. Let them figure out what happens with Beatrix, and Isabella. I dare say that the arrival of John Milton in the final sequence, along with Michael Pope, was surprising, but not shocking. Dawson hid his cards very well right up until he showed them. Once again, Dawson's very British dialogue takes some getting used to. As with the previous installment, I recommend having access to the internet handy so that you know what he's referring to.

I joked around when comparing this series to Kill Bill, and did, in fact call it Kill Bill Volume 3 because both women are named Beatrix. Both women were targeted. Both women lost their daughters for a time. Both went on a killing spree that took patience, skill, perseverance, and determination to get the job done. In the end, I do think that it does help to read these books in order. I do think that you SHOULD try John Milton's story called Ghost, and I do think that perhaps there needs to be a spin off for a certain character that takes place 10 years into the future.

Other Books In Series: 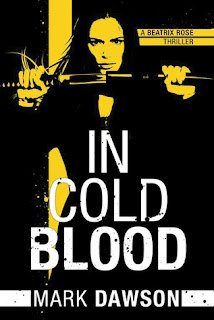 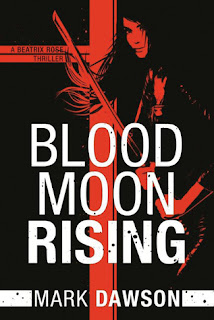