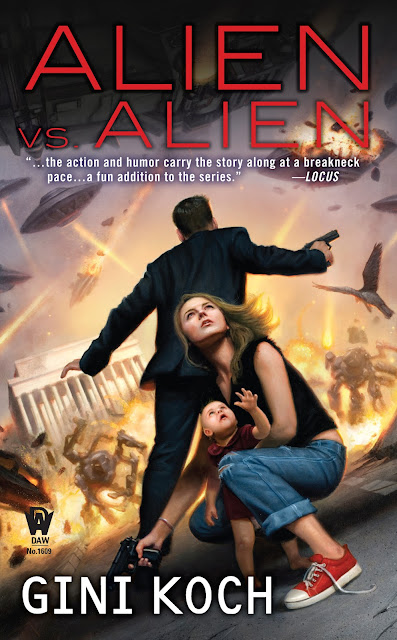 Jeff and Kitty Katt-Martini and the rest of the American Centaurion Diplomatic Corps are still recovering from their introduction to Washington D.C. politics, parties, and conspiracies. So when compromising pictures arrive, no one’s too surprised. They’re also the least of anyone’s worries.
Evil androids running amok, birds of all kinds and from all places creating havoc, a Senator trapped in an ever-tightening web of intrigue, and escalating international tensions all seem tough but manageable. But the disappearance of Jeff Martini and Charles Reynolds during the International One World Festival signals more than the usual nastiness — and it looks like even ACE can’t help them.
Then new trouble arrives in old packages and even with the best hackers in the world, beings from near and far, the full might of Earth’s military, and the Wonder Twins on their side, Centaurion Division’s outmanned and outgunned.
Now Kitty’s racing against the clock to find not only Jeff and Chuckie, but to keep the peace between Middle Eastern countries, all while searching for the bases of super-soldier operations — to stop them or die trying.

Posted by Shelley Romano at 5:38 PM