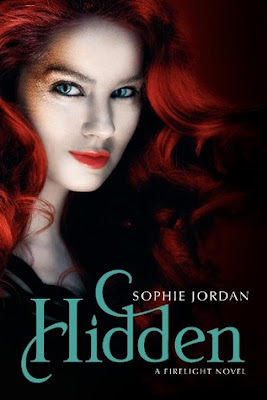 After the events of Vanish where Miram was captured by the Enkors (dragon hunters) after failing to listen to Jacinda--Jacinda, Cassian, Will, and Tamra, have banded together in an attempt to rescue her before she is tortured and experimented on.

Jacinda, Will and Tamra had planned to leave the pride once and for-all and never look back. Cassian is along because he and Jacinda are "bonded" and they can feel each others emotions and know what the other is feeling and thinking. Plus, Jacinda feels responsible for allowing Miram to fall into the hands of the Enkros without putting up much of a fight.

Jacinda has grown leaps and bounds from the first novel. She is the one most involved in the rescue and discovery that there are other Dragon's out there that she has never met before. She really seems to understand now that she has responsibility to others, and she just can't run away when things getting rough for her.

One of newer dragons, Deghan or the gray one, ends up becoming part of the solution to rescue Miram and later, in saving Jacinda from Cassian's cousin Corbin and the hunters who find the prides hideout.

Hidden is the final novel in the Firelight series and wraps things up nicely into a little bow so that readers won't walk away from the series feeling disappointed or angry that their favorite character(s) didn't get exactly what was coming to them.

Hidden reveals several really interesting surprises that I didn't see coming. The ending will leave readers with a mixed feeling of finality and wanting more from the characters we've come to know over three books. Yet the ending will also leave your mind free to roam and to think about what the future holds in store for Jacinda, Cassian, Will, and Tamra as they each step into the future with something to hold onto.

I think readers will enjoy the newest addition to the series and what his arrival means for Tamra's future with the pride. You will see an entirely different aspect of Tamra in this edition. I'm pleased to say that she's actually grown a spine and isn't so irritating.

For those who know how much I abhor 3-way love triangles, Hidden is actually done with respect to both characters vying for Jacinda's heart and attention. I can honestly say that I don't hate, or dislike either Will or Cassian after reading Hidden to it's ending.

For those wondering if I have anything negative to say about this book. Let's just say that IT'S TOO DAMN SHORT and I WANT MORE! and leave it at that. I liked how Jordan tied up the loose pieces with not only the fate of Jacinda and Tamra's mother and father, but to expose the person most responsible for what happened to their father.

*Read as part of the Once Upon A Twilight Blog Tour*

Posted by Shelley Romano at 9:13 PM

Email ThisBlogThis!Share to TwitterShare to FacebookShare to Pinterest
Labels: YA Fantasy