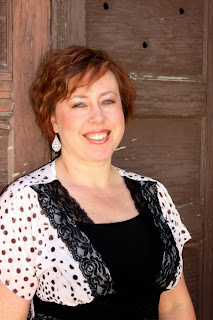 Welcome! Today, I am honored to have author Amanda Bonilla as a guest on my blog. She will be discussing books and her experiences as a writer. As some of you already know, she has a released a new book called Vengeance Borne which I really liked, and look forward to the sequel coming out sometime next year! If you haven't read Amanda's the Shade Assassin series, I would highly recommend that you do! It is one of those series that deserves a look at and I'm sure you will find it to your liking!

As an incentive, Amanda has also agreed to give away (1) copy of Vengeance Borne and this giveaway is open Internationally! Just leave a comment down below and we will draw the winner on Friday, October 4, 2013!

Thanks so much to Shelley for hosting me today!

Books played a major part in one of the biggest turning points of my life. A lot of people don’t know this about me, but I was a very young mom. I took a year off from high school when my daughter was born and I remember feeling really lost. Teen pregnancy is often sensationalized, (thanks, reality TV) but I don’t think people realize how traumatic the instant transition from child to adult can be.

I wasn’t a troubled teen. I had decent grades, and I was always way too scared to get into much trouble. Getting pregnant in high school is sort of like starting from the top of the troublemaker list, anyway. ;) I had a supportive family and I was lucky enough to be in a relationship with someone who was responsible and ready to provide for a family. My husband had joined the Navy, and I was living at home with my parents and an infant. I felt totally detached from the world. Where did I fit in? I was still a kid, but I had all of these grownup responsibilities. My peers couldn’t relate to me anymore, and frankly, I couldn’t blame them for keeping their distance. A baby sort of brings the mood down when you’re trying to celebrate your youth.

My mom has always been an avid reader. For as long as I can remember, she’s had a book sitting on the end table. Historical romance and fantasy are her favorites. We had a bookshelf lined with paperbacks, the spines cracked and well-worn from use. Never having been an enthusiastic reader—let’s face it, when you’re forced to read curriculum-based material, you tend to rebel—I eyeballed her shelf wondering if I dare step into one of these imaginary worlds. I had A LOT on my plate. I needed an escape from reality, for a couple of hours, at least. So, I decided to give some of mom’s books a try.

The first book I pulled off the shelf was SHANNA, by Kathleen Woodiwiss. From the first page, I was hooked. Adventure, action, romance! A strong heroine and a swoon-worthy hero. What’s not to love? I spent that entire year reading pretty much anything I could get my hands on. I related to the stories, the characters, and their emotions. Reading was my lifeline. But something came from reading that I never expected: a desire to learn and achieve. Don’t ask me the hows and whys of it, because I still don’t really get it. Reading sparked something in me that hadn’t been there before. I wanted to fill my brain with as much knowledge as I could cram it with. And I wanted to write. I had so much admiration for these authors that I wanted to write stacks and stacks of books. I wanted to reach people through a good story the way that these authors had unknowingly reached out to me.

The next fall, I went back to school and finished the rest of my classes in one year. I was able to graduate with my class and I had better than decent grades. It still floors me to think of being that seventeen year old girl, daydreaming about writing a book someday. And now, twenty-two years later, I wonder: If reading hadn’t been such a huge part of my life that year, would I be the person I am now? I doubt it.


How has reading played a part in your life? Has an author or story touched you in some way? 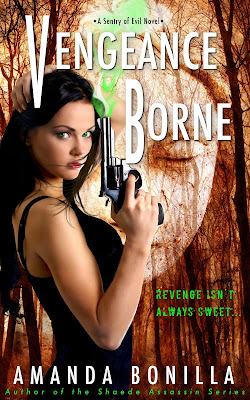 Fated to Hunt…As the local hunter, and a ward of the Sentry, a secret organization dedicated to eradicating the forces of evil, Jacquelyn has been protecting the small town of McCall, Idaho for the past five years. The hours are horrible, the pay is nonexistent, she has to work with her jealous ex-boyfriend – and forget about quitting.  She’s in for life.

Destined to See…When a rugged drifter comes through town, Jacquelyn immediately knows what he is – an Empath who can read emotions and sense what others are thinking – even though it’s clear the handsome stranger has no idea what, or how powerful, he is…

A Town in Peril…When people in McCall start turning up dead, viciously ripped to shreds as if by a wild animal, Jacquelyn knows better. Furies are loose in Idaho and hell-bent on exacting revenge.  But against whom?  And for what purpose?  Jacquelyn has until the full moon to stop the Furies’ killing spree and save the people of McCall, figure out how to work with her ex – oh, and there’s a handsome stranger in town who’s in desperate need of some schooling…