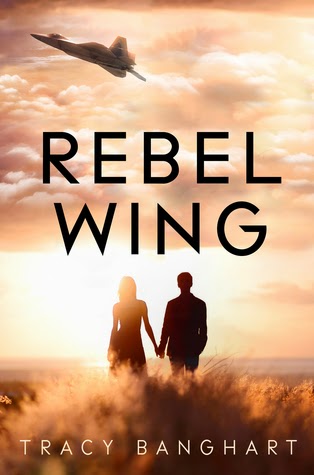 *I received this book for free from Alloy Entertainment via NetGalley in exchange for an honest review. Thank you!! This does not affect my opinion of the book or the content of my review.*

The Dominion of Atalanta is at war. But for eighteen-year-old Aris, the fighting is nothing more than a distant nightmare, something she watches on news vids from the safety of her idyllic seaside town. Then her boyfriend, Calix, is drafted into the Military, and the nightmare becomes a dangerous reality. Left behind, Aris has nothing to fill her days. Even flying her wingjet—the thing she loves most, aside from Calix—feels meaningless without him by her side. So when she’s recruited to be a pilot for an elite search-and-rescue unit, she leaps at the chance, hoping she’ll be stationed near Calix. But there’s a catch: She must disguise herself as a man named Aristos. There are no women in the Atalantan Military, and there never will be.Aris gives up everything to find Calix: her home. Her family. Even her identity. But as the war rages on, Aris discovers she’s fighting for much more than her relationship. With each injured person she rescues and each violent battle she survives, Aris is becoming a true soldier—and the best flyer in the Atalantan Military. She’s determined to save her Dominion . . . or die trying.

Rebel Wing (Rebel Wing #1) is the first installment in the Rebel Wing series by new to me author Tracy Banghart. Banghart has created a realistic world where the Dominion of Atalanta has been at war with its neighbor Safara for the past 2 years. All across the nation, both women and men are selected for a specific job. While young men are selected for the military, women are chosen to take their places in areas of health, commerce, technology, and environment.

18 year old Aris Haan, chosen for the area of environment, is a woman who knows how to fly. Ever since she was taught to fly by her father at 12, Aris has taken to the skies like a fish to water. Even though Aris is a really amazing flyer, because of her gender, she can't join the military where she can make a real difference. Aris truly thought she could always count on being Promised to Calix who has been her stalworth and supporter for years. That changes as well.

After a mysterious pilot hails her down and tells Aris that Calix will be selected by the military to be become a mender on the front lines, he offers her a unique chance at doing the one job she is really good at...flying. Aris leaves her family, her home in Lux, and her own identity behind in order to pass as a male pilot. She undergoes intensive training and has her appearance changed to that of Aristos in order to serve her country, and find Calix.

Aris learns that there are a select few women, like Dysis Latza, who have done the impossible; they serve the military under the guise of being a man and in doing so, make it possible for the Atalanta war machine to fight the invading Safarans. Thanks to the Veil technology and her impressive flying abilities, Aris is able to pass rather easily as a man, and take her place on the front lines as part of the Search and Rescue team.

I will say that I am truly impressed by how this story was written and the character growth of Aris. Aris doesn't really understand the world she lives in. She's happy with her romance with Calix, and the thought of a future with him. After taking up the mantle of a male flyer, Aris's transformation is nearly complete. Even when facing tough challenges as a search and rescue pilot, Aris stands tall and takes several hits in the process.

There is a parallel story, as it were, focusing on the Ward of Ruslana Galena and her abduction, and brutal treatment. I think this story brings home the dangers that the Dominion of Safara is causing its neighbors, and the lengths it will go to in order to get exactly what they want. I will say Galena is not a character that you should ignore. She has connections with some major players, and Aris is part of the rescue team sent to bring her back.

Before anyone goes to great lengths to make this sound like a misogynistic environment, please don't. Women are deemed more important than men in most areas of expertise. While men do all the fighting, women run governments (like Galena) and aren't afraid to do what is necessary. You can parallel Rebel Wing to the women who kept this country running during World War II. They built war equipment and raised families while their men were fighting for our lives.

You will find one of the more interesting characters in Major Vidar. After Aris impresses him with her flying ability, they connect on a level that Calix failed to do. Vidar never treats Aris as though she needs to be coddled, instead, he gives her mission after mission, including a rather important one, knowing that she can more than handle herself. In the end, Vidar turns out to be much more impressive than Calix could ever hope for.

Rebel Wing does leave some interesting choices for Aris, as well as her own form of hell after what she experiences. Thankfully, Storm Fall will be releasing December 16, and I have already read it! ::pumps fist:: As an FYI, Rebel Wing was originally released as Shattered Veil (The Diatous Wars #1) before going through a cover and name change. If you go to the authors web page, there is a map of Atalanta and the surrounding countries like Ruslana, and of course, Safara.