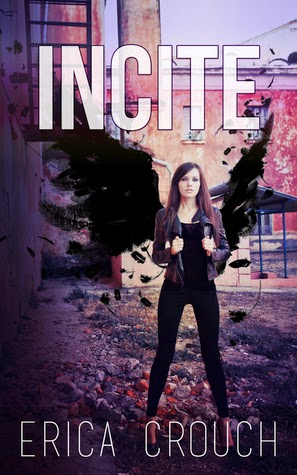 Earth is in ruins, and the war of Heaven and Hell has spilled over into the mortal world. In the frozen wasteland of the apocalypse, Azael and his band of cohorts search for Pen and Michael with orders to kill. Little does he know that his sister has incited a rebel army of her own.   Angels and demons alike stand side by side, ready and willing to fight for a future they didn’t realize they could have. Change doesn't come easy, though. Pen is wary of joining New Genesis's revolution, but when Azael shows his hand and Pen learns all that he holds over them, she chooses to fight back, no matter the risk. She only has to survive, one hour at a time.

Incite is the sequel to Ignite. This time out, Crouch alternates narratives between Pen (Penemuel) and her brother Azael. I do believe that there's no longer any doubt that Az is a sick, twisted, psychopath who blames Pen for everything, but still intends on winning her back to his side. On the other hand, Pen has fallen, and she can't get up! OK, that's being a bit facetious. The reality is that she isn't the same character we first met in Ignite. Perhaps, in the end, that's a good thing because she's seeing things differently for the first time since she fell from Heaven for Az.

The world is now in the middle of the apocalypse. Hell's war on Heaven has turned the Earth into a winter wonderland filled with Ice and Snow. Humans are hunted down, tortured, and killed like animals. Angels who escaped the assault on Heaven, now find themselves in the Purgatory known as Earth. We also know that there is no safety anywhere for Pen and Michael who are continually running and hiding from Demons and Angels who have put out a bounty for their heads.

Even though I am a bit let down by Incite, it's not enough for me to dismiss reading the final installment called Infinite. Incite turned into more of a love fest between Michael and Pen than an all out war against those chasing them. I think that the most entertaining parts of this book were Az's. He's become King of Hell, has Lilith, and Gus as his advisers, but he's far from accepting of Pen's choices. While Az is absolutely obsessed with killing Michael, he really doesn't want Pen to die for her betrayal.

Crouch does introduce new characters in Incite, including Zepar (Jack the Ripper), Kalaziel (Kala) the Angel of Balance & Guardian Angel, and Anabiel (Ana) the Angel invoked to cure stupidity. Crouch also introduces the rebellion known as "New Genesis." This is a group of Demons and Angels who came together after Pen and Michael refused to believe that the world was black and white, and second chances were possible if you ignore Heaven and Hell's doctrines.

Infinite should should be rather interesting if Crouch can actually bring New Genesis together against Az, Lucifer, Lilith, and their minions. You know that you can't trust Lilith. If you do, then you will find yourself with a knife in your back while she wears a crown of flowers that drips blood. If Az survives to the end, I shall be shocked. If the final book doesn't throw everything, including the kitchen sink into it, I will also be shocked.

**I received this book for free from (Patchwork Press) via (NetGalley) in exchange for an honest review. Thank you!! This does not affect my opinion of the book or the content of my review.** 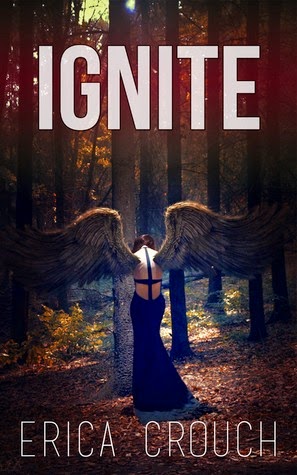 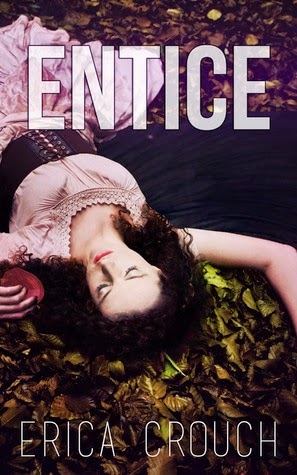