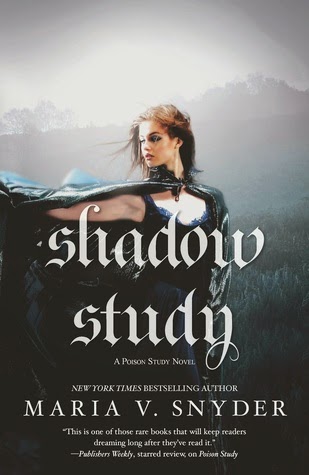 Oddly enough, when Yelena was a poison taster, her life was simpler. But she'd survived to become a vital part of the balance of power between rival countries Ixia and Sitia. Now she uses her magic to keep the peace in both lands and protect her relationship with Valek.

Suddenly, though, they are beset on all sides by those vying for power through politics and intrigue. Valek's job - and his life - are in danger. As Yelena tries to uncover the scope of these plots, she faces a new challenge: her magic is blocked. She must keep that a secret - or her enemies will discover just how vulnerable she really is - while searching for who or what is responsible for neutralizing her powers.

Yes, the days of tasting poisons were much simpler. And certainly not as dangerous.

Shadow Study is technically the first book in the Soulfinders trilogy, but the fourth book in the Study series. Welcome back to Snyder's world where magic rules the land of Sitia, while being scorned by the leaders of Ixia. Where former poison tester Yelena Zaltana is now Liaison to both countries trying to maintain the peace and balance. Yelena, the only known Soulfinder, is also considered to be a very powerful magician. So powerful in fact, that she has dozens of enemies who wouldn't mind if she were no longer in the picture.

Which is really right where the story begins. After Yelena is attacked by an unknown assassin and shortly thereafter loses her magic, it becomes a mad dash to find out what would cause this to happen, and who is to blame. The story follows Yelena as she runs around searching for the root cause of her magic loss, while once again putting herself into harms way with some silly decisions. I will say that the mystery behind who is involved is pretty obvious once you follow the clues that Snyder lays out for you. The why hopefully will be explained in the sequel.

In my humble opinion, Shadow Study is more Valek's story than Yelena's. Why do I say this? Because author Snyder pretty much admitted that she wanted to explore Valek's past, and does so while he deals with other issues on his plate. Valek has always been a mystery, which is why Snyder choose to write flashbacks to show how he become an assassin and the so called King Killer before ending up as Commander Ambrose's second in command. Valek is obviously in love with Yelena, but would he really retire from his position, and spend the rest of his life with her?

If you are expecting plenty of Yelena and Valek moments, I am sorry to say that won't happen. They spend almost the entire story separated dealing with conspiracies, betrayals, secrets, and other people's agendas. They have a brief reunion in the beginning of the book and at the end, but that is it. Perhaps that is not such a bad thing once you realize that both characters are strong even without the other around. It's actually a good thing that Snyder gives Valek so much story arc. There are some really interesting times coming for both characters.

Shadow Study exists because readers didn't much care for the ending of Fire Study. They nagged and harassed Snyder so much that she decided to write THREE more books in the series. Perhaps it is also the publishers choice to made this a new trilogy vs just one more book or novella. I guess you could say that Snyder really does go above and beyond the call of duty for her readers, and didn't ignore their pleas. I dare say that Snyder's move is a rarity in today's publishing world where series abruptly end for no reason, or they continue lingering on with no end in sight.

Shadow Study has a cast of characters which should be familiar to those who read the Study and Glass Trilogies. The characters are Yelena, Valek, Ari, Leif, Mara, Janco, while also adding in Opal Cowan and her husband Devlen and kids. Snyder alternatives narratives not only between Yelena and Valek, but Janco as well. Janco is still the sarcastic humorous character we've known she he took Yelena under his wing. There are a few new characters like the Female assassin Onora, while returning some nasty villains who make Yelena's life a bit more interesting.

No-one should label this trilogy as being Young Adult. It's just not true. Harlequin TEEN does not publish this series; the adult division called Mira does. The characters do not fall into the presumed age range of YA. Yelena is almost 30 years old now, while Valek is nearly 40. How is that in any way shape or form Young Adult. Perhaps when Poison Study came out 8 years ago, that was true.

Shadow Study, like other books in her Glass and Study series, ends on an annoying and unexplainable cliffhanger that wasn't really necessary. I believe that it was definitely done more as a shock value than anything else. If you intend on continuing reading this trilogy, you will be waiting until 2016 for Night Study to be released.

**I received this book for free from (Harlequin Mira) via (NetGalley) in exchange for an honest review. Thank you!! This does not affect my opinion of the book or the content of my review.** 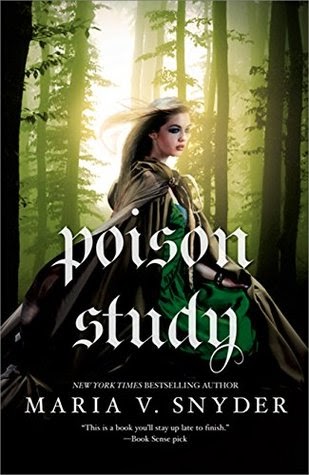 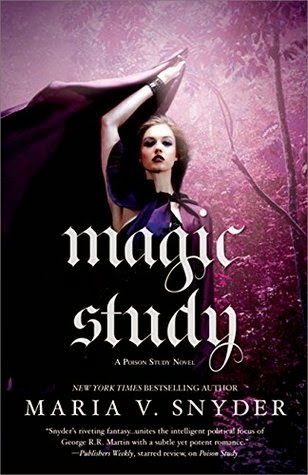 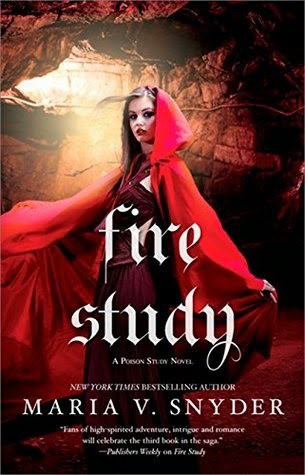