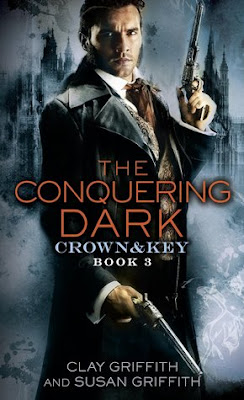 The Crown and Key Society face their most terrifying villain yet: Gaios, a deranged demigod with the power to destroy Britain.

To avenge a centuries-old betrayal, Gaios is hell-bent on summoning the elemental forces of the earth to level London and bury Britain. The Crown and Key Society, a secret league consisting of a magician, an alchemist, and a monster-hunter, is the realm’s only hope—and to stop Gaios, they must gather their full strength and come together as a team, or the world will fall apart.

But Simon Archer, the Crown and Key’s leader and the last living magician-scribe, has lost his powers. As Gaios searches for the Stone of Scone, which will give him destructive dominion over the land, monster-hunter Malcolm MacFarlane, alchemist extraordinaire Kate Anstruther, gadget geek Penny Carter, and Charlotte the werewolf scramble to reconnect Simon to his magic before the world as they know it is left forever in ruins.

The Conquering Dark is the final installment in the Crown & Key trilogy. The last living magician-scribe Simon Archer, monster-hunter Malcolm MacFarlane, and alchemist Kate Anstruther, have chosen to become the heroes that Victorian Era Britain needs to save itself from destruction. Led by Simon, The Crown and Key Society also includes gadget geek extraordinaire Penny Carter, Charlotte the werewolf, and Kate's sister Imogen who really comes into her own at the time of great need. With Simon's powers gone and little hope of them ever returning, The Crown and Key Society still has several villains that need to be brought to ground.

Gaios, the deranged earth elemental/demigod with the power to destroy Britain is on the rampage and collecting pieces to tear the world apart. Ash, the Necromancer who wants Simon by her side and is Gaios archnemesis has her own agenda, but nobody knows what she will do when the final battle is fought.  Baroness Conrad, a brilliant engineer who turned her body into a machine, and Ferghus O'Malley, a really dangerous and powerful fire elemental. The group must find a way to bring back Simon's powers, stop Gaios from finding the Stone of Scone, and capturing the other villains before Britain is brought to ruination.

A really entertaining end to Crown & Key trilogy with plenty of action, suspense and a bit of romance thrown in. Loved how Charlotte and Imogen really stepped up when they were needed and become close friends/sisters in arms. I loved how both girls didn't cry or run away in the face of danger, but stood side by side with Simon, Kate, Malcolm, and Penny. Loved how Imogen accepted what she had become and put her life on the line just as many times as the rest of the group. I found the relationship between Malcolm and Charlotte to be heart warming considering how much he hated her when they first met.

I also liked when yet another member who was briefly introduced in The Undying Legion, Jane Somerset. Jane comes into her own and finds hope and friendship among Simon's group and helps fight against Gaios. I am glad that this group finds a way to be more like a eclectic family, rather than a group who is only out for themselves. Glad the whole Nick Barker situation was resolved in a way that made perfect sense. Even though this is final installment in the trilogy, I do think there is plenty of material to come back to if the authors feel obliged like they have with the Vampire Empire series.

**I received this book for free from (Del Rey) via (NetGalley) in exchange for an honest review. This does not affect my opinion of the book or the content of my review.** 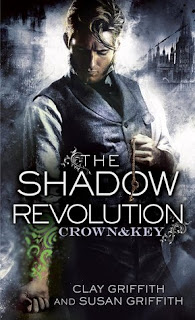 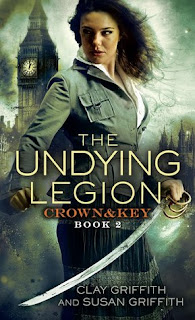