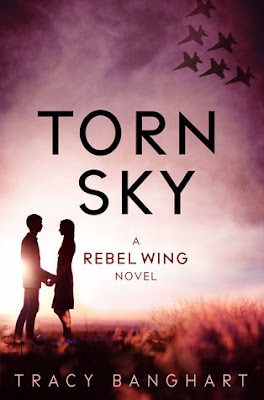 The end is near . . . When Aris Haan brought down Safara’s biggest war criminal, she’d thought it was a turning point in the war. Victory was on the horizon, as was a peaceful future with her Promised, Milek. But a deadly new threat has emerged: a Safaran bomb that could wipe out all of Atalanta in one catastrophic blast. Aris is tasked with finding the weapon before it is completed, a mission made more difficult when she starts to suspect that there is a Safaran spy in her unit. Friendships are tested, loyalties are strained, and suddenly Aris no longer knows whom she can trust. In the epic conclusion to the Rebel Wing series, Atalanta’s fate rests on Aris’s shoulders. Can she find the bomb before it destroys everything—and everyone—she loves?

Torn Sky is the series finale to the Rebel Wing trilogy by author Tracy Banghart. Thanks to her actions in Rebel Wing, and again in Storm Fall, series protagonist Lieutenant Aris Haan is a hero to the people of her country. She helped capture one of Safara's biggest threats even with having a major bounty put on her head and being tortured. Thanks to some amazing behind the scenes assistance, Aris is now able to freely serve in the military as a woman and doesn't need to hide under her identity as a male pilot any longer. There are still some misogynistic assholes wandering around under her command muttering about females serving in the military. But, thanks those in charge knowing what an awesome a pilot Aris really is, their complaints can lie on the bottom of a very dark pond for all they matter.

Aris has even found love with Milek Vadim, her former commander, who she agreed to be promised to. But, right off the horizon looms an extremely dangerous situation that needs to be handled and handled soon. Ward Balias has developed a bomb that can obliterate Aris's home. It is up to Aris, Milek, and her crew to search for the bomb, and destroy it before an entire nation ends up being laid to waste. But can they do so under intense pressure, along with an apparent spy thwarting their every move? Who can be trusted, and who is the betrayer?

Aris has come a long way but she still finds herself in harms way, and being beaten and tortured, and brutalized by angry men who despise everything she stands for. Thankfully, Aris isn't a coward. She's mature, strong, a hell of a pilot who understands her limitations, and is happy that she has finally found someone to love now that her relationship with Calix has moved back to the friendship stage. I loved the side bar story of Dysis. I am absolutely thrilled that Dysis and Calix, for that matter, find happiness after all that has happened to them.

Not everything is on the up and up for me, unfortunately. I really didn't care a whole lot for the Ward Nekos and Galena side plot. I know Galena has experienced almost as much pain, suffering, and agony as Aris has. I know that Galena is a surprisingly amazing supporter of Aris's as a pilot and a woman. Yet, I could have avoided all the back and forth between Nekos and Galena. Others may not agree with me, but that is perfect acceptable. 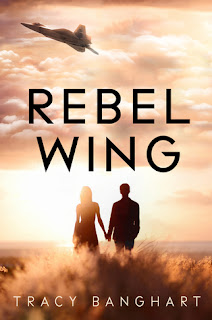 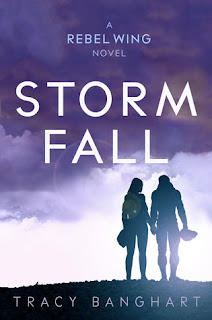