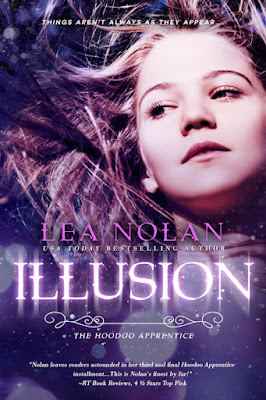 New school. Cross-country move. Broken heart. If only these were Emma Guthrie’s worst problems. Instead, she must battle a trio of enemies—human and spectral—who may or may not have joined forces against her and everyone she loves. All while pretending to be over Cooper Beaumont, her ex-boyfriend and true love, to shield him from her arch-nemesis’s revenge.

Worse, when the fight escalates, Emma is tempted to use black magic, which will endanger her soul. As her enemies close in, join forces, and fight with new and dark magic she’s never seen before, Emma must harness the power within her to fulfill an ancient prophecy, defeat a centuries-old evil, save her family, and reclaim the only boy she’s ever loved.

Set in the  South Carolina Low-country, Illusion is the final installment in The Hoodoo Apprentice trilogy. 14-year old protagonist Emmaline (Emma) Guthrie has been tested over and over again by various forces of evil ever since she became a hoodoo (root worker) apprentice to 97-year old Cordelia "Delia" Whittaker. She's saved her brother Jack from a 300-year old curse known as the Creep. She saved her best friend and romantic interest Cooper Beaumont from his families curse that was supposed to kick in when he turned Sixteen. She even saved her father Jed Guthrie from his own curse that was tied to the Beaumont family.

Now Emma has to face her own demons in order to save the ones she loves. The question for Emma is whether or not she will face her adversaries with good magic, or fall to the darkside of Magic and lose not only her soul, but everyone she loves in the process. With Delia being set up by Emma's adversaries Claude Corbeau & Taneea Branson for something that apparently happened in the past, Emma needs to dig deeper into her bag of tricks to not only save Delia, but those she loves as well. If she can't do so, then her adversaries will win and she and others will be lost.

With Cooper and her brother Jack alongside, Emma can finally put an end to the trio of evil which includes 300 year old spirit Sabina. I love Emma even with all her mistakes. I love that her character remains steadfast for such a young lady. At Fourteen, most girls are just finding their first romance and don't have the weight on an entire community on her shoulders. Emma has had to deal with family issues, her brother nearly being killed, and having to rise up to the occasion over and over again. Emma never once acted like a girl who was Fourteen. She's much more mature, much more capable of handling things without adult supervision, and has mostly kept to the good side of magic.

In the end, I really liked how Nolan ended this trilogy. I didn't think the story needed any more action, or suspense, or danger, or even romance. She covered it perfectly. I didn't mind having to wait an extra year for the final installment. Sometimes things happen to publishers and authors and delays happen. As long as the reader is allowed to finish the series, then a little delay is nothing compared to not knowing what happens in the end. I love these new covers! (See below!)

I loved that even though Emma tried hard to keep Cooper safe and away from her while she was fighting against the villains, he stood by her anyway, and didn't leave her side. Not even when Emma faced off for the final time against her archnemesis Sabina, Claude and Taneea. I loved that Jack found a happy ending all his own with a new character who was introduced and became fast friends with Emma. She never once believed any of the rumors that Taneea tried to pile on Emma's shoulders. Loved that Nolan gave readers an idea at how tempting the darkside really is, and hard it is to remain 100 percent good.

On a final note, I do appreciate an author who takes the time and researches the subject that she is writing about. Fantasy is fantasy, but it is nice to have some semblance of facts about being a Root Worker, and those who also practice voodoo. 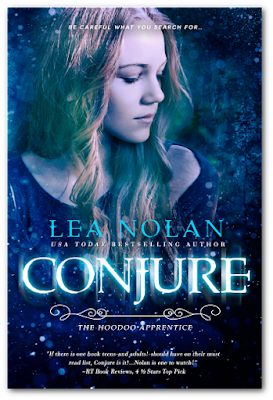 Be careful what you search for…

Emma Guthrie expects this summer to be like any other in the South Carolina Lowcountry–hot and steamy with plenty of beach time alongside her best friend and secret crush, Cooper Beaumont, and Emma’s ever-present twin brother, Jack. But then a mysterious eighteenth-century message in a bottle surfaces, revealing a hidden pirate bounty. Lured by the adventure, the trio discovers the treasure and unwittingly unleashes an ancient Gullah curse that attacks Jack with the wicked flesh-eating Creep and promises to steal Cooper’s soul on his approaching sixteenth birthday. But when a strange girl appears bent on revenge, demon dogs become a threat, and Jack turns into a walking skeleton, Emma has no choice but to learn hoodoo magic to undo the hex, all before summer—and her friends–are lost forever. 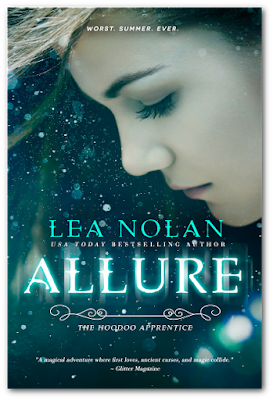 Emma Guthrie races to learn the hoodoo magic needed to break The Beaumont Curse before her marked boyfriend Cooper’s sixteenth birthday. But deep in the South Carolina Low-country, dark, mysterious forces encroach, conspiring to separate Emma and Cooper forever. When Cooper starts to change, turning cold and indifferent, Emma discovers that both his heart and body are marked for possession by competing but equally powerful adversaries.
Desperate to save him, Emma and her twin brother, Jack, risk their lives to uncover the source of the black magic that has allured Cooper and holds him in its grip. Faced with the horror of a soul-eating boo-hag, Emma and Jack must fight to resist its fiendish power to free Cooper long enough to join their strengths and face it together, before it destroys them all.

Lea Nolan is a USA Today bestselling author who writes books for young adults featuring bright heroines, crazy-hot heroes, diabolical plot twists, plus a dose of magic, a draft of romance, and a sprinkle of history. She also pens smart, witty contemporary stories for adults filled with head-swooning, heart-throbbing, sweep-you-off your feet romance.
With a master’s degree in women’s studies and public policy, and an undergraduate degree in history, she spent twenty years as a health policy analyst and researcher, writing hundreds of fascinating reports and articles tens of people enjoyed. Today, she teaches graduate courses in health policy, law, and financing, and takes on the occasional consulting gig.
Born and raised on Long Island, New York, she loves the water far too much to live inland. With her heroically supportive husband and three clever children, she resides in Maryland where she scarfs down crab cakes whenever she gets the chance.


Lea is represented by Suzie Townsend of New Leaf Literary and Media. 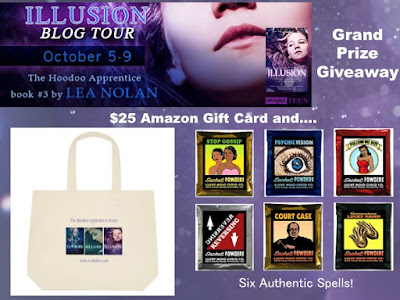