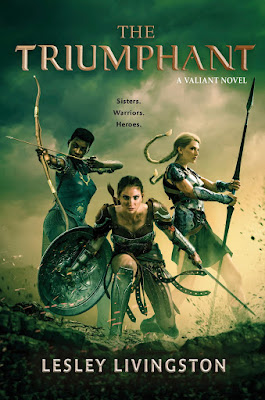 The final book in the Valiant series takes Fallon and her warrior sisters on an epic journey from the corrupt Roman Republic to the wonder of the ancient world: Alexandria, Egypt.

In the wake of their victorious fight to win back the Ludus Achillea, Fallon and her gladiatrix sisters have become the toast of the Republic. However, as a consequence of his actions during the Ludus uprising, Fallon’s love Cai has been stripped of his Decurion rank and cast down to serve as one of Caesar’s gladiators.

Amid fighting for Cai’s freedom, Fallon soon learns that Caesar’s enemies are plotting against him and planning to get revenge on his fearsome gladiatrices. When Caesar is murdered by these conspirators, Fallon and the girls lose any sort of protection they once had. Fallon also realizes that the foreign queen Cleopatra is now in grave danger.

Fallon rallies her war band and Cai’s friends to get Cleopatra out of the city, and the group heads to the safety of Cleo’s homeland, Alexandria, Egypt. Once there, the gladiatrices are promised a place of honor in the queen’s elite guard, but is that what any of them really want?

The Triumphant is the final installment in author Lesley Livingston's The Valiant trilogy. This story takes place several months after the events of The Defiant which saw protagonist Fallon Ferch Viricio and her fellow gladiatrices win back the Ludus Achillea from a despicable man named Pontius Aquila, or the Collector as he is called. A man who had plans for Fallon for a long time now. A man who isn't patient in getting his revenge on her.

With Fallon and her sisters being the talk of the town, a series of events will once again send Fallon on a life or death journey from the heart of the Roman Empire to Cleopatra's home in Alexandra, and ending up right where the series began in Fallon's home country. Case in point, Cai, her lover. In helping Fallon in taking back the Ludus, Caesar decides he is to be discharged from the Roman Legion and lose his rank. He is demoted to the status of being a gladiator and having to fight for his life against those who understand all that he did in helping Fallon and her sisters.

Fallon feels obligated to help Cai by any means necessary. If that weren't enough, the Ides of March happens leaving Fallon, her sister Sorcha, and her fellow gladiatrices unprotected from Pontius Aquila and the Sons of Dis. It also leaves Cleopatra unprotected from those who participated in the Ides of March assassination. *Note* The Ides of March is a real event. You can research it yourself to understand why I'm not explaining what took place and who was involved. I will say that the author mixes some historical characters with fiction in order to tell this story.

Fallon, Sorcha, and their war band make the choice to protect Cleopatra and leave behind the Ludus that they fought so hard to retake. There are tests of allegiances. There are betrayals along the way, and by the time that Fallon, Cai, Quint, Elka & Ajani reach Egypt, Fallon has learned that no where is truly safe from those who wish her harm. Fallon is a fierce warrior and someone you want to have your back, but sometimes she makes things so hard for herself by taking on all of everyone's problems.

Fallon has to choose her destiny. Does she stay in Egypt where she will be set for life, or does she risk everything in order to stop her nemesis from raiding her home and taking even more prizes? You can't say that this story is boring. It is absolutely the correct pacing along with plenty of action and twists. I love the relationships with Fallon, Ajani, and Elka. Felt sad at points in this story, but loss is a part of life during this period in time. It's fair to say that I liked how the author uses her own twists in order to tell this story. Especially when it comes to a real life event like the Ides of March and the addition of characters like Marc Antony. 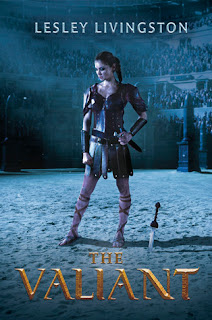 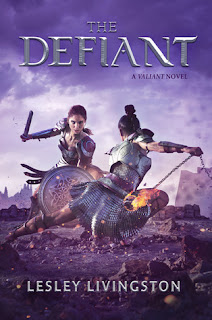