#Review - A ​Sky Beyond the Storm by Sabaa Tahir #YA #Fantasy 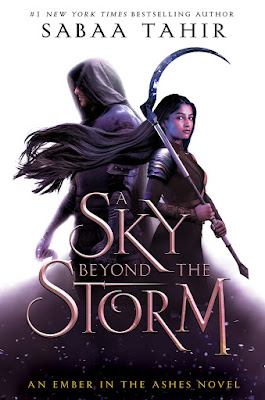 The long-imprisoned jinn are on the attack, wreaking bloody havoc in villages and cities alike. But for the Nightbringer, vengeance on his human foes is just the beginning.

By his side, Commandant Keris Veturia declares herself Empress, and calls for the heads of any and all who defy her rule. At the top of the list? The Blood Shrike and her remaining family.

Laia of Serra, now allied with the Blood Shrike, struggles to recover from the loss of the two people most important to her. Determined to stop the approaching apocalypse, she throws herself into the destruction of the Nightbringer. In the process, she awakens an ancient power that could lead her to victory—or to an unimaginable doom.

And deep in the Waiting Place, the Soul Catcher seeks only to forget the life—and love—he left behind. Yet doing so means ignoring the trail of murder left by the Nightbringer and his jinn. To uphold his oath and protect the human world from the supernatural, the Soul Catcher must look beyond the borders of his own land. He must take on a mission that could save—or destroy—all that he knows.

A Sky Beyond the Storm, by author Sabaa Tahir, is the fourth and final installment in the authors An Ember in the Ashes series. Picking up just a few months after A Reaper at the Gates left off, the story once again revolves around three key characters: Laia of Serra, Elias Veturis aka The Soul Catcher, and Helene, the Blood Shrike, who has become allies with Laia. The events of this book happen a few months after the previous books with the jinn, led by the Nightbringer, siding with Keris Veturia to conquer the empire and the outlying nations.

It's up to Laia to save her people, Helene to protect the empire and make sure the right ruler is in charge, Elias to decide whether he'll be part of the war or choose to forget and be the soul catcher. The clear winner of this story is Helene. There's no equal to how far she's come and the realization that she was used a pawn for most of her life. Now it is her time to step out of the shadow. She lost many things, faced many things and things get even darker with more loss and heartbreak.

But she always finds hope in something either it is her love interest or her nephew. Helene and Harper are perfect for each other. Believe it or not, Keris is my second favorite. Yes, I just hated her for what she's done in this story. She's the perfect villain, therefore, her ending surprised me in how it played out. Interesting how the author plays on the fact that it was never one, it was always 3 who will stop the Nightbringer. Blood Strike, Laia, and Soul Collector. If one falls, they all fail. If one dies, they all die.

Laia, heir of Lioness, has an old magic within her that she believes will allow her to stop the Nightbringer as long as she can find the Scythe she's holding on the cover of this book. It seems the Scythe might be the only thing able to kill her nemesis who she once fell in love with. Helene Aguilla, the Hope of the Empire, is trying to keep her nephew safe so he can become the next Emperor while keeping her emotions in check over her feelings for Harper. Meanwhile, Elias, the Soul Catcher, has to choose between loving the girl his heart wants, or ignoring his heart and the dangers that are slowly creeping into his supposed safe space.

Elias's track was so slow and repetitive. His relationship between him and Mauth has never made any sense, not when he could have joined with Laia and Helene much earlier in the story. Laia has seen so much evil in her short life that she's become someone we don't recognize from the first installment. Good and bad things happen to Laia in this book. Both are shocking to say the least. I think the one thing that does bother me is how many important secondary characters end up being killed off.

Perhaps the message is that war is senseless and violent, and it has no regard for who it takes, even if you have fallen in love with the characters. We have read about the suffering of the Scholars and Tribespeople, but we can now include the Martials as well thanks to Keris. This series matured and became darker with each book. It truly mirrored the path the key characters were forced to walk. But even in the darkness, the characters found small slivers of light to keep from losing their minds.

Although I am not a fan of the length of this story, it could have been 100-200 pages shorter, this story is both heartwarming and bittersweet at the same time. 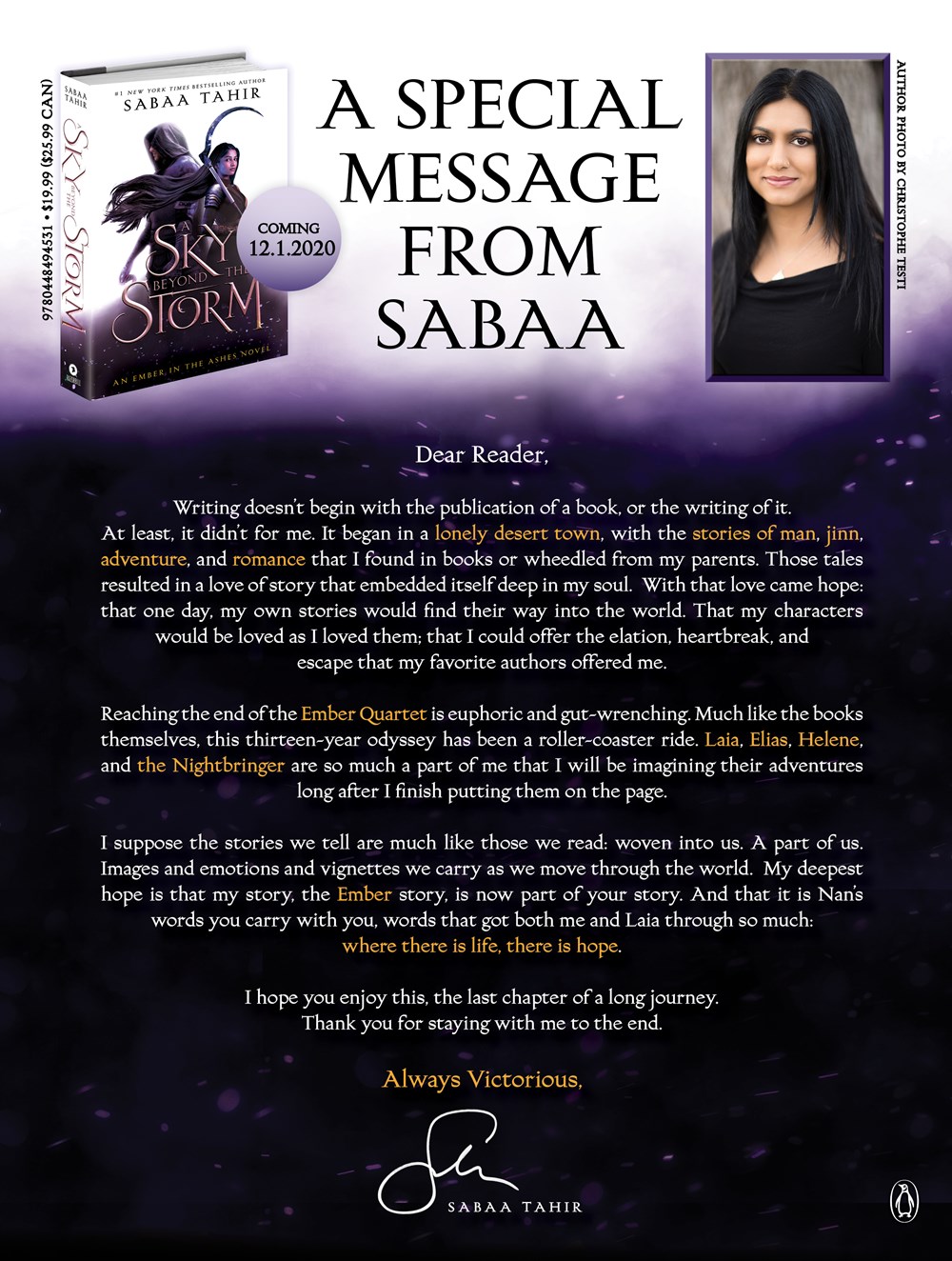