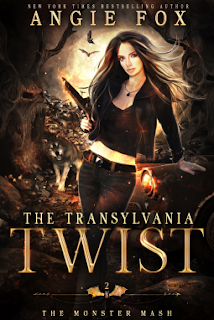 A shaky truce. A pregnant Medusa. And a dedicated doctor who keeps legends alive.

Even during a truce, I have my hands full as a MASH surgeon to an army of warring gods—especially when Medusa herself turns up pregnant. I frankly have no idea what to expect when a Gorgon’s expecting, but I have an even bigger problem when my presumed-dead former-fiancé sneaks into my tent with enough emotional baggage to fill a tank.

He’s been fighting for the other side, which technically makes him my enemy, and now he needs me and the power I’ve kept secret for so long: I can see the dead. It’s a blessing and a curse. Literally. Because the gods will smite me in a second if they suspect.

But the other side is developing a terrible new weapon, and the only person who can stop the carnage was just murdered in a covert lab behind enemy lines. So I have no choice but to pull on my combat boots and go AWOL with my ex and a moody berserker to confront a ghost with a terrible secret.

Too bad uncovering the truth could make me enemy #1…

Warning: This book contains a Star Wars-obsessed werewolf, an adorable hellhound, demigods in peril, action, romance, and friends who put each other first—in a MASH camp where everybody knows your business.

The Transylvania Twist is the second installment in author Angie Fox's Monster M*A*S*H series. The Monster MASH series takes place in and around a paranormal MASH unit during a seemingly endless war between the young Gods and older Gods who have been fighting since the fall of Troy. Petra Robichaud and her colleagues at the MASH 3063rd have been drafted until the end of the conflict, or until they die, which is bad for Petra but even worse for people like her vampire roommate, Marius.

They’re living in this quirky, ad-hock camp, trying to make the best of it while they work long hours in the OR, putting soldiers back together – knowing that they’re probably going to see these injured heroes again and again – if they’re lucky. The underlying tragedy brings the oddball personalities in the camp together. They develop ways to keep their sanity and to create the kind of relationships that offer a port in the storm. PNN (The Paranormal News Network) is the news outlet covering the war.

The doctors, nurses, and support staff at the MASH 3063rd watch it on the only television in camp, a beat up, 1970's cabinet model that is set up in the mess hall. PNN covers important stories like Mayan Insider Scoop! Developed Armageddon “Prophecy” After Tequila Bender; and Five Things in Your Lair That Can Kill You. This story begins with a surprise guest, a stunning breakup, and the return of someone who was supposed to be dead.

First since the synopsis already tells you that Medusa shows at MASH 3063rd. She calls herself a Goddess, executioner of men, scourge, and surprisingly, pregnant. This is the same Medusa who turned her mother's lover into stone. Petra is lucky enough to be Medusa's doctor. If lucky means you have to avoid looking directly into her face for fear of being turned to stone. As we learned from the first book, Petra is a healer who can see the dead. Gods have outlawed her gift but luckily only a few people know what she can do. If the Gods ever find out about her power, she’ll be in mortal danger because of a prophecy about someone with that power being able to bring peace and end the war.

One of them, Galen of Delphi, Commander of the Green Hawk Specials Forces Unit, exists stage left and goes back to the war front in order to protect Petra's secret from getting out. This comes on the heels of a new prophecy. "The peacekeeper will find love as a hideous new weapon is born." The other is Father McArio who has tried to help Petra since she nearly destroyed her former hometown. To make matters even worse, Petra's former fiancé Marc who was drafted 10 years ago, is alive and well and working for the enemy.

Uncomfortable! He’s also a shapeshifting silver dragon. Marc arrives at camp to ask Petra for assistance. This assistance leads to a discovery of a devastating new weapon that the gods are working on that could kill all humans on Earth. Can Petra sneak into enemy territory and make it back alive and in one piece? Even if she agrees to help Marc, can she really trust a man who has already broken her heart once before? Things are about to get complicated. Oh, did I mention that Marc also knows Petra’s secret? Holy headache, Batman!

Petra is a curious character. Petra is part Fae part human who specializes in the paranormal. Petra is still a great heroine; she isn't the strongest person - especially compared to the supernatural creatures she is surrounded by - but she is brave and intelligent. Being reunited with her supposedly dead fiancé brings up a lot of emotional conflict for her in the midst of trying to understand the alleged prophecies that she’s supposed to bring peace. Her tent-mates are a broody vampire named Marius and a vegetarian werewolf named Rodger, both of whom are great side characters. If you read the previous story, you know that Rodger was able to go home and visit his family. But now he’s back with his entire Star Wars collection!

There’s more than enough action in this story as well as some very tense moments. I am looking forward to reading Werewolves of London which I have already been given a copy to read and review. I want to see how the author fixes the issue with Galen and Marc and Petra without it being over the top and expected. I would like to thank Angie Fox, NetGalley and Moose island books for this ARC. All options are my own.