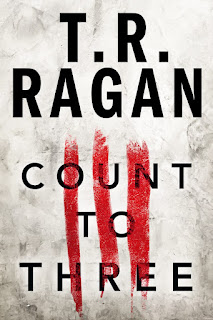 For a private investigator on the trail of a missing girl, every second counts in a gripping thriller by New York Times bestselling author T.R. Ragan.

On her first day of kindergarten, five-year-old Tinsley disappeared without a trace…

Five agonizing years later, her divorced mother, Dani Callahan, is a private investigator. She and Quinn Sullivan, a promising young assistant determined to prove herself, are devoted to helping others find missing loved ones. And for Dani, finding Tinsley is still a never-ending obsession.

Their newest case is Ali Cross, a teenager who vanished off a Sacramento street while walking home. A troubled boy’s eyewitness testimony to Ali’s abduction provides their only clues. And as their search for Ali gets underway, new information about Tinsley’s disappearance begins to surface too.

As their investigations lead down two twisting paths, disturbing secrets are revealed and new victims find themselves in mortal danger. Time is running out, and the hunt is only getting grimmer.

Count to Three, by author T.R. Ragan, begins with the heart shattering kidnapping of a girl named Tinsley Callahan at the hands of a woman who looks like Tinsley's mother Dani Callahan. 5 years later, Tinsley is still missing, the case has grown cold, Dani and her former husband have divorced, and Dani has chosen to work as a private investigator whose has made it her mission to find other missing children and bring them home. She's found her calling. Something she's till hoping to do for Tinsley.

Dani has an assistant, Quinn Sullivan, whose own mother disappeared without a trace and she would do anything to find out what really happened. She truly believed that her mother would not leave her behind. With both Dani and Quinn hopeful of finding answers, Dani takes the case of a missing girl named Ali Cross who was taken in broad daylight by a mentally unstable psycho who believes that he has found his fated mate. The hardest part is that the police believed that she ran away from home.

Ali's struggles to survive as we see through her narrative. Everything she goes through, including trying to escape, and sending a letter to someone to find her, is because someone decided to take away Ali's choices and make them her own. Meanwhile, Quinn and Dani are hired by a troubled teenager named Ethan Grant who claims that he saw Ali the day she disappeared. And as their search for Ali gets underway, Dani is assaulted in her own work place, and Ethan ends up taken after being in the wrong place at the wrong time.

As new information about Tinsley’s disappearance begins to surface, Dani finds herself dragged emotionally hoping that Tinsley will finally be brought home. The information is not only shocking in it's revelation, but one would have a hard time screaming in anger once it comes to light. As their investigations lead down two twisting paths, disturbing secrets are revealed and new victims find themselves in mortal danger. Time is running out, and the hunt is only getting grimmer.

**In this country alone, 800,000 children are reported missing. Some are lost, some are injured, some are runaways, and some have been abducted into human trafficking and are never found again. It is reported that a majority of those reported missing are eventually found and brought home. One of the key aspects of any abduction is the personal aspects of the crime.

Were they taken by someone they knew? Was it because the child was caught up in a divorce proceeding and the parent took it too far? Ali fell under the runaway case because she had previously fought with her mom and found someone else to be. But she made a promise to her sister to never do it again. This story's ending is on the predictable side. Things are wrapped up, villains are found and uncovered and their reasons are as stupid as it comes, but almost everyone gets their happy ending. But I feel as though the author missed an opportunity to make sure all storylines are tied up.