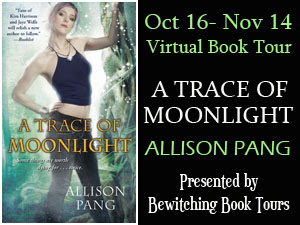 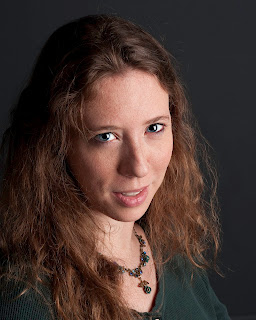 A marine biologist in a former life, Allison Pang turned to a life of crime to finance her wild spending habits and need to collect Faberge eggs. A cat thief of notable repute, she spends her days sleeping and nights scaling walls and wooing dancing boys….Well, at least the marine biology part is true. But she was taloned by a hawk once.  She also loves Hello Kitty, sparkly shoes, and gorgeous violinists.
She spends her days in  working as a cube grunt and her nights waiting on her kids and cats, punctuated by the occasional husbandly serenade. Sometimes she even manages to write. Mostly she just makes it up as she goes. 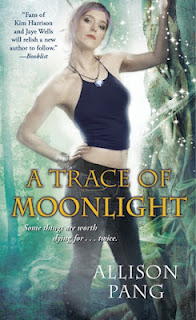 A Trace of Moonlight
Book Three Abby  Sinclair series
Allison Pang
Genre: Urban Fantasy
Publisher: Pocket Books
Date of Publication: October 30, 2012
ISBN: 1439198365
Number of pages: 400
Book Description:
Drinking from the waters of lethe and offering herself up as Faerie’s sacrificial Tithe …these just might be the least of Abby Sinclair’s problems.
Abby’s pact with a demon—whether or not she remembers making it—is binding, so she’d better count herself lucky that (in the words of a daemon who knows better) there’s nearly always a loophole. But her friends’ reckless attempts to free her, well intentioned though they may be, set off a disastrous chain of events. In no time at all, Abby turns her incubus lover mortal and gets herself killed, cursed, and married to an elven prince whose mother wants her dead. She might have even been able to recover from all that had she not lost the Key to the CrossRoads to her mortal enemy, who promptly uses his restored power to wreak havoc on the OtherWorld and put its very existence in jeopardy.
Only one person can make things right again, but to find her, Abby must place her trust in allies of mixed loyalties, and conquer her nightmares once and for all. 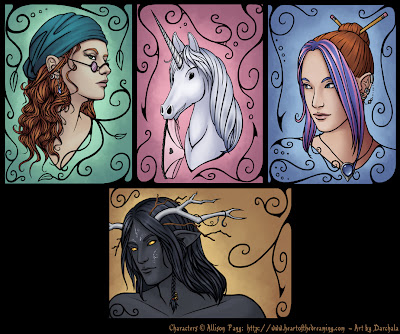 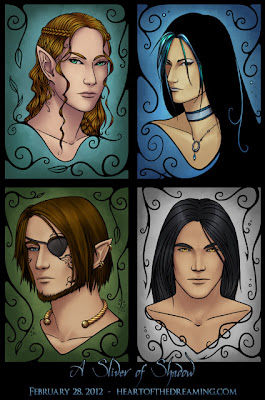 For more information on the above trading cards, follow this link to the authors home page.
http://www.heartofthedreaming.com/trading-cards/

Posted by Shelley Romano at 7:06 AM