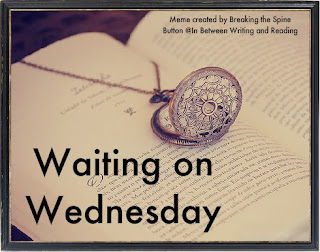 Why am I'm waiting on this book besides the fact that Gilded tore my heart to pieces and I really, really want to know how Cherry is going to survive and what she's going to do next?

Micajah Hawke. Haven't heard about him? Well then, might I suggest that you picked up Tarnished or even The Mysterious Case of Mr. Strangeway and get yourselves introduced to the mysterious man candy that rules the Midnight Menagerie a London pleasure garden and the person who has had a special part in Cherry's life ever since she became London's only female collector at 15 years of age.

The St. Croix Chronicles is a cross steampunk, romance, and alternative historical series that I highly recommend. 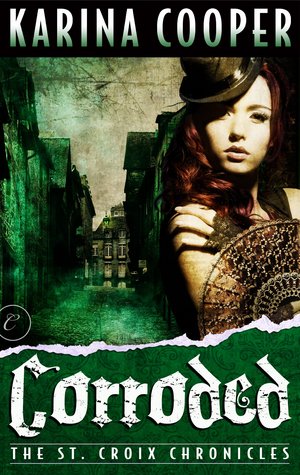 Hungry for vengeance, Cherry St. Croix is forced to the fog-ridden streets of Victorian London.My rival, a collector of bounties like myself, has murdered one of my own. In consequence, I have been removed from my house, my staff, and all who would support me. I have nowhere else to turn, so I beg asylum within the Midnight Menagerie, London’s decadent pleasure garden.Micajah Hawke’s dominance there will not tolerate my presence for long. I am fixated on revenge, but I walk a razor’s edge under his scrutiny His wicked power is not easily ignored, and I must not allow myself to submit—no matter how sweet the sacrifice.Challenging my rival to a race is the only way to end this, no small task when the quarry is the murderous Jack the Ripper. As my enemies close in, I fear the consequences of this hunt. I am trapped between two killers, and what doesn’t kill me may leave its scars forever.