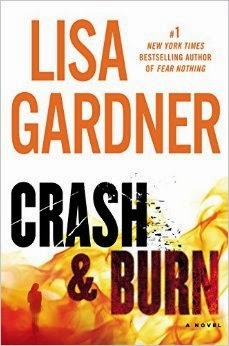 Nicole Frank shouldn’t have been able to survive the car accident, much less crawl up the steep ravine. Not in the dark, not in the rain, not with her injuries. But one thought allows her to defy the odds and flag down help: Vero.

I’m looking for a little girl. I have to save her. Except, most likely, she doesn’t exist.

Sergeant Wyatt Foster is frustrated when even the search dogs can’t find any trace of the mysterious missing child. Until Nicky’s husband, Thomas, arrives with a host of shattering revelations: Nicole Frank suffers from a rare brain injury and the police shouldn’t trust anything she says.

My husband claims he’ll do anything to save me. Except, most likely, he can’t.

Who is Nicky Frank, and what happened the night her car sailed off the road? Was it a random accident or something more sinister given the woman’s lack of family and no close friends? The deeper Wyatt digs, the more concerned he becomes. Because it turns out, in the past few months, Nicky has suffered from more than one close accident. . . . In fact, it would appear someone very much wants her dead.

This is my life. Except, most likely, it’s not. Now watch me crash and burn.

"My name is Nicky Frank. Except, most likely, it isn't."

Crash & Burn is the third novel in the Tessa Leoni series, and apparently I missed that fact when requesting this title from the publisher. I do know that Tessa is a former State Police officer who was later separated from the force and became an Investigator for Northledge Investigations. She was first introduced to readers in Gardner's Love You More (D.D. Warren # 5).

But, I digress. The story isn't really about Tessa, although she does appear, and has her own crosses to bear along with her 9-year old daughter Sophie. There is even a crossover scene or two with Tessa and D.D. Warren who suffered a pretty devastating and possible career ending injury in Fear Nothing.

Gardner has once again taken the chance and told her story from the victim's angle, and not the supposed leading character. In fact, the victim's POV has become first person narrative, while D.D, Wyatt's, and Tessa's are from the third person. Here we are again in Crash & Burn, and the story really does focus more on Nicky Frank, and whether or not her story is actually fact or fiction.

Nicky is a narrator that you really have to wrap your brain around and wonder if this is all an act. She's been in 3 separate "accidents" and therefore suffers some post concussive symptoms, which includes headaches, light sensitivity, and mood swings. Yet, apparently she can't forget Vero, or what happened to her. When the third "accident" happens, she claims that a girl named Vero is missing which leads to a mad search to find her.

Enter Sergeant Wyatt Foster of the New Hampshire North Country Sheriff's Department. Wyatt and his partner Detective Kevin Santos, run the gambit of emotions. Wyatt isn't sure if he is dealing with a criminal mastermind or a victim of circumstances not her own. Why did Nicky drive her car off the road? Where is the girl named Vero? Is Nicky being targeted by her own husband? Is Nicky making up this shit up to focus the blame on her husband? Do we, as readers, buy into Thomas's claim that Nicky can't separate reality from fiction?

As you will have noticed by my updates, this book is a twisted story from beginning to end. As with all good mysteries, Gardner doesn't give you all the facts. She hints and feints and offers possible solutions to Nicky's actions. I will say that this is the perfect psychological mind-fuck. The story itself left me spinning in my chair, and refusing to do anything, including eating, until I figured out if this story was an illusion or reality.

As stated before, Crash & Burn is part of the Tessa Leoni's series, but she's more of a secondary character who just happens to date Sergeant Wyatt Foster who along with Nicole Frank, drives the story. For me, it was nice to see a guest appearance by my favorite Boston Detective D.D. Warren. Again, it's a bit part, but fills in some gaps of what she's been up to since she was hurt on the job. Makes you wonder how many books D.D. has left before Gardner "retires" her.

I have to say that I really do respect Gardner as a writer. She doesn't just write shit up and put it on paper. She has a plethora of source material, and her police procedural methods are nearly perfect in the way they are described and handled. I like that part of the story opened my eyes to the number of children who go missing each year. If you want to learn more, please research the National Center for Mission & Exploited Children. We, as a society, must do more to protect our most valuable resource...our children!

**I received this book for free from (Dutton Adult) via (NetGalley) in exchange for an honest review. Thank you!! This does not affect my opinion of the book or the content of my review.**