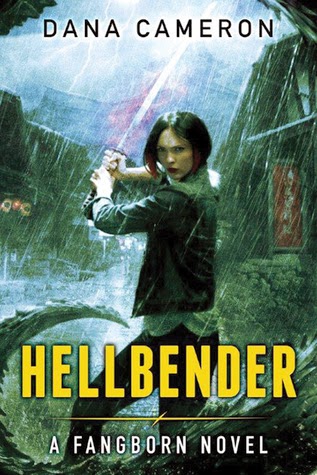 
Still grappling with the newfound powers she gained after opening Pandora’s box, Zoe shares the responsibility of protecting “Normal” humans. Having long preferred to keep to the shadows, she knows the pending revelation of the Fangborn will set the world on fire. With Fangborn enemies in the Order of Nicomedia forcing their hand, Zoe and her supernatural Family have no choice but to step into the spotlight. But that decision has garnered the attention of the powerful and otherworldly beings known as the Makers. They claim to have created the Fangborn—not as saviors, but as predators. And it seems they have their own plans for Zoe…and for the fate of all the Fangborn.

Hellbender is the THIRD installment in the Fangborn series by Dana Cameron. The series features archaeologist, and Fangborn werewolf Zoe Miller who was raised as a human, but recently found out that she's actually one of those who have been fighting evil in secret for generations. Zoe has literally opened Pandora's box searching for powerful Fangborn artifacts, and come away as one of the most powerful individuals in the world. But, with great power, comes greater responsibilities, and a huge target on her head.

The Fangborn are werewolves, vampires, and oracles, but there has been some eye opening new characters like dragons Quarrel, Yuan, and Nasserian. In this world, Vampires can heal, while Oracles are powerful in their ability to see the future. Zoe breaks the mold in that she's a combination of vamp, oracle, werewolf, and quite possibility, dragon. For Hellbender, Cameron pushes the story that much closer to I-Day where the Fangborn are planning to Identify themselves to the general public.

But, in the meantime, the Fangborn or Family, have been busy with the Order of Nicomedia who have been hunting, killing, and experimenting on them. They have also created a new monstrosity known as the Fellborn who have killed Zoe's friends and family. This has led to an all out war in Boston where Pack of Strays left us. Zoe somehow manages to find the ability to bend the time space continuum and travel to Japan where she finds yet another artifact, and information about the father she never knew.

This leads to the discovery of another one in Alaska, and the introduction of yet another powerful villain who captures Zoe. Zoe's immense powers have also awakened the Makers, who claim they created the Fangborn but are not happy about the current state of affairs. Nope, not happy at all. It is up to Zoe to find a way to not only deal with the Makers, but the Order and their powerful supporters.

There are some curious questions left over after reading Hellbender. The most important question I asked Dana, was whether or not this was the final book in the series. Her response was that she truly hopes for more! Therefore, let me say that if you've read this series, and enjoyed it, spread the word! I definitely encourage readers to start from Pack of Strays before you pick up Hellbender. Trust me. It will make a whole lot more sense if you follow the trail Cameron creates.

I love the fact that the Dragons play such an important part in this story. Zoe's relationship with Quarrel has come a long way since he threatened to eat her in Pack of Strays. I also love that Sean isn't entirely gone from this series, but is part of Zoe's mind lab. How unique is it to have your own mind lab to think things through and store things away from prying eyes?

There are so many possibilities and avenues to explore in this world, that I truly do hope that Cameron is able to write more. What happens to the Fangborn now that I-Day has come? Will Zoe continue her pursuit of Fangborn artifacts, or will she go back to being an archaeologist? Has she chosen the person that she truly is meant to be with? What is the Maker's next move and plans for Zoe and the Fangborn?

**I received this book for free from (47North) via (NetGalley) in exchange for an honest review. Thank you!! This does not affect my opinion of the book or the content of my review.** 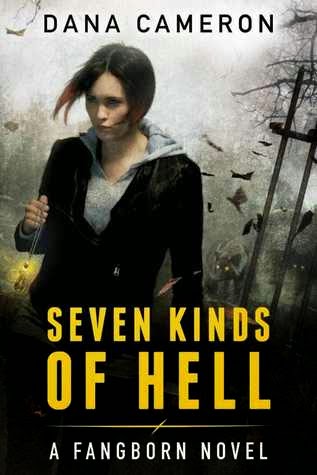 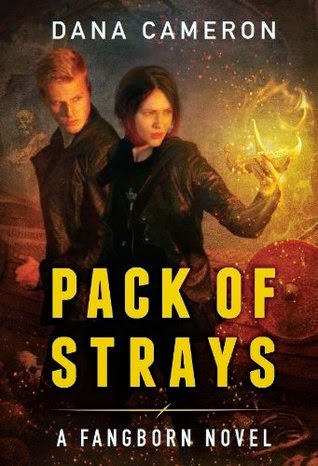