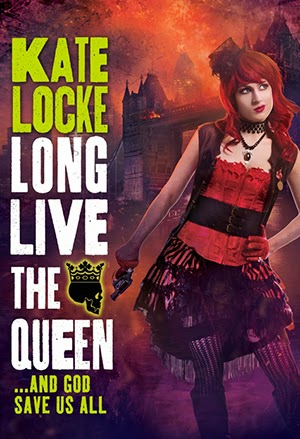 Xandra Vardan thought life would be simpler when she accepted the goblin crown and became their queen, but life has only become more complicated. Everyone -- vampires, werewolves and humans -- wants the goblins on their side, because whoever has the goblins -- wins. Queen Victoria wants her head, Alpha wolf Vex wants her heart, and she still doesn't know the identity of the person who wanted her blood. What she does know is that a project from one of the 'secret' aristocrat labs has gotten free and she's the only one who can stop the perfect killing machine -- a sixteen year-old girl. With human zealots intent on ridding the world of anyone with plagued blood and supernatural politics taking Britain to the verge of civil war, Xandra's finding out that being queen isn't all it's cracked up to be, and if she doesn't do something fast, hers will be the shortest reign in history.

Long Live the Queen is the conclusion of The Immortal Empire trilogy. Goblin Queen Xandra Vardan faces even more challenges, some very personal, when the secrets about the labs, those responsible for creating them, and one very special creation comes calling on Xandra causing one major problem after the other. Will Xandra be able to pull it all together in time to survive the political upheaval and brutality that's coming for her?

Locke's story is set in an alternative reality world where Queen Victoria is a vampire and has lead the country for 175 years. Humans live pensively side by side with werewolves, vampires, and goblins. It is a world that hangs on the brink of yet another Great Insurrection, like the one that happened 80 years. Xandra has her work cut out for her. While she and Queen Victoria aren't exactly besties and they won't be found painting each others nails, or braiding hair together, they must work together regardless of their personal feelings for the other.

Xandra has come a long way since she took on the mantle of Goblin Queen and discovered the truth behind her own creation. She hasn't yet begun to understand all that she's capable of or what she has to lose, until she nearly loses everyone that she loves to the labs backers and their diabolical creation. Xandra isn't the easiest person to work with at times. She's snarky to a fault, takes lots of difficult challenges that leaves her bloodied, and nearly knocked out of the picture. But, she does come to accept that eating "meat" and drinking blood is a necessity part of being the Goblin Queen, as is relying on others to help her, and not go at it alone.

Long Live The Queen is a mystery filled, romance laden story that finds Xandra, her Alpha Werewolf lover Vex, her Goblin second in command William, her brother Val, and sisters Avery and Ophelia, on the brink of an all out uprising against the aristocratic leadership of Queen Victoria. Xandra and crew really scramble in this story while facing betrayal straight in the eye. It seems as though Locke purposefully put the crew behind the villains schemes, and only really caught up with them when things are hanging dangerously in the balance.

I love William and Xandra's relationship. I love that William is patient and supportive of Xandra as she comes to accepting who she really is. I loved learning about William's surprising background that is revealed in all its glory. I loved that Vex and Xandra can have conversations that don't necessarily go her way, but end up remaining as solid as a couple that you will find. I love that Xandra's brother Val, and Sisters Avery and Ophelia are by her side when things come to a final conclusion. I even respected that Xandra found a little respect for her own father who has been a bastard of a took to this point.

I do have a minor complaint about the ending. I do believe that perhaps there is room for more story. I don't think everything has been resolved. I think the story was perhaps rushed a bit to finish it before the book was released. Although most of the mystery behind the labs and its creator is solved pretty easily, there is room for more. What happens when the Humans finally understand what Queen Victoria has done for them? Have the labs been shut down, or are there any other villains waiting in the wings?

I enjoyed this series because it is Steampunk with paranormal twist and characters that are as interesting as they are dynamic. The Steampunk isn't necessarily in your face, or a major part of the story, but it is there in subtle ways like the phones, and TV. I do appreciate that Locke gives readers a glossary of terms. Makes things so simple to understand instead of scratching your head wondering what she's referring to.

**I received this book for free from (Orbit) via (NetGalley) in exchange for an honest review. Thank you!! This does not affect my opinion of the book or the content of my review.** 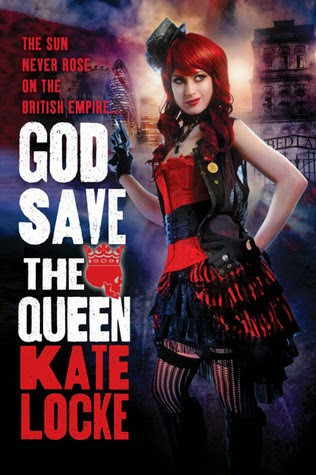 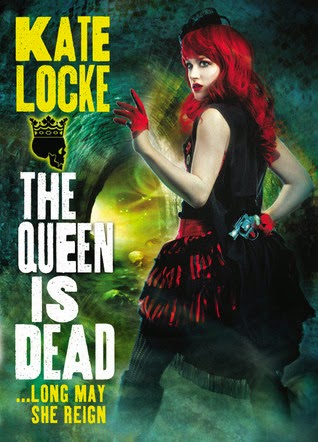