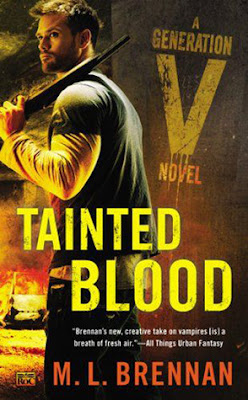 In the third Generation V novel, Fortitude Scott proves that working with family can be deadly…Former film student Fortitude Scott is finally gainfully employed. Unfortunately, said employment happens to be with a group of sociopathic vampires—his family. And as much as Fort is loath to get too deep into the family business, when his brother, Chivalry, is temporarily unable to run the territory, it’s up to Fort to keep things under control.So when the leader of a powerful faction of shifters turns up murdered, Fort finds himself tracking down a killer while navigating dangerous rivalries, longtime grudges, and hidden agendas. Even with the help of his foxy kitsune sidekick, Suzume, he’ll need to pull out all the stops to hunt for the paranormal assassin.But as he calls on fairies, witches, and ghouls for help, he discovers that the problem is much bigger than a single dead werebear. The supernatural community is preparing for a massive shift in power within the Scott family leadership—and Fort has landed right in the middle of the gathering storm.

Tainted Blood is the THIRD installment in the Generation V series by author M.L. Brennan. Brennan's protagonist is 20 something Fortitude Scott who has been thrown into the middle of his families drama over the previous novels. It has been a month since Fort was nearly killed by his sister, Prudence who was trying to trigger his full transition. Fort is still trying to understand what it means to be a vampire, but hasn't fully come to gripes with his fate. Now, with his brother, Chivalry out of action due to losing his wife, Fort is expected to pick up his slack. Fort hasn't exactly been standing by. He's been learning about how his family handles things and then totally doing the opposite.

Tainted Blood once again puts Fort into a situation where his one true ally is Suzume Hollis, a Kitsune who is just as clever as she is a trickster. Fort's mission this time out is to find out who murdered the clan leader of the werebears, an important ally of the Scott's. For me, it was rather obvious what was at stake here. It was obvious that someone was doing something to stake their right to the piece of the leadership. Fort is not like Prudence or Chivalry who would just kill the first suspect they encounter. He actually listens, investigates, plans things out, and makes alliances all in the hope of keeping the peace. I have to say that Fort has made some rather interesting deals over the past 2 books. I can't wait for book # 4, Dark Ascension to release.

By the way, I do love the fact that Suz and Fort work together really well. They have playful banter, and yes, there is a hint of a romantic tryst. I do love that she teases him about his POS car, and the fact that he's a vampire vegetarian. Yeah, just no. It is time for Fort to embrace his inner carnivore and stop wasting time. These two have been circling each others wagons, never quite getting as far as saying the three words, since meeting. Perhaps with everything that is happening around them, now is the time to just do it!

I also can't wait to read Dark Ascension because obviously with a title like that, there will be a major shift in power coming soon. One can only hope that all the favors, and alliances that Fort has built up, don't come back to bite him on the neck. Yeah, I have some serious sarcasm issues. But, with a sister like Prudence who kills and asks questions later, readers are in for an interesting ride. I actually liked Prudence a bit more than previously. I liked that she tries to explain to Fort how to feed. She's definitely more of a presence than Chivalry is.

*Side note* Fort carries a shotgun that is called the Ithaca. Funny Brennan should do that since I lived not more than 6 blocks from the factory that built that gun when I was growing up. Nice to see a little piece of my hometown is still in existence. 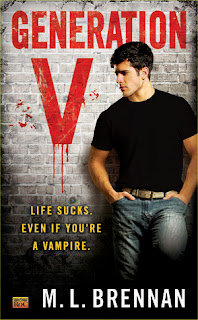 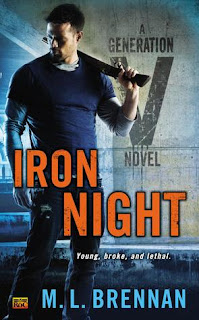