*2 Reviews In 1* Sideswiped and The Drafter by Kim Harrison (Science Fiction, Time Travel) 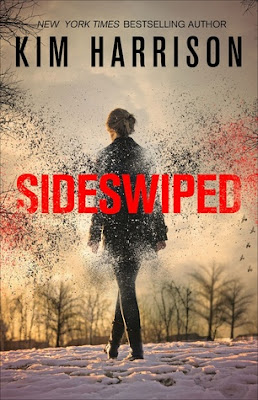 Don’t miss this thrilling first look into the elite world of Peri Reed, government agency operative extraordinaire, and catch more of her character in The Drafter, the first book in the all-new suspense trilogy from #1 New York Times bestselling author Kim Harrison, out September 1.Every hero, even the accidental ones, have a beginning.Silas’s radical theory that drafters are not replaying time as much as they are temporarily sliding into an alternate universe has never been well-received, but frankly, the darling of Opti’s research has enough clout not to care, until a professor with a grudge tries to put a permanent end to it. Love can’t alter time, and sometimes, even being able to rub out a single mistake isn’t enough…

Sideswiped is a 80 page novella that takes place FIVE years before The Drafter begins. Not a whole lot to say about this story. Perhaps it's best described as being an appetizer for what is to come. I dare say that Peri Reed is not the main character. She's a secondary character who appears several times over the course of the story. Dr. Silas Denier is the main character of this novella. Silas has theories about what Drafting, or Time Travel really does. He bangs heads with those who think he's a lunatic. He really doesn't have much to worry about overall, however. He's already a doctor, working on his thesis about Drafting. It is his reaction to the students, including his girlfriend and best friend, that makes up this story.

Sideswiped is story about a group of Drafters and Anchors who are supposed to pass a major test in order to graduate. The test is disastrous at best. Peri's appearance adds a bit of fun and depth to the mix after she hits Silas in the head with a drone. Readers also get to take a peak at the first two chapters of The Drafter, if you so choose. I choose. You should take notice of not only Peri and Silas, but Allen Swift as well. You will be hearing about all three characters, as well as Fran Jacquard real soon. 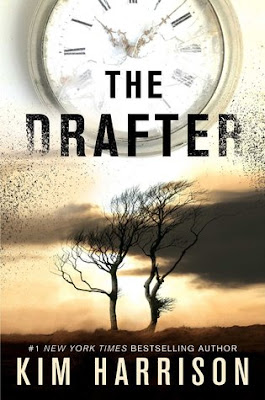 Detroit 2030. Double-crossed by the person she loved and betrayed by the covert government organization that trained her to use her body as a weapon, Peri Reed is a renegade on the run.

Don’t forgive and never forget has always been Peri’s creed. But her day job makes it difficult: she is a drafter, possessed of a rare, invaluable skill for altering time, yet destined to forget both the history she changed and the history she rewrote.

When Peri discovers her name on a list of corrupt operatives, she realizes that her own life has been manipulated by the agency. She joins forces with a mysterious rogue soldier in a deadly race to piece together the truth about her final task, unable to trust even herself.

The Drafter is the first installment in The Peri Reed Chronicles, and takes place FIVE years after the novella Sideswipped ends (See review above!) So, yes I do recommend reading the novella before picking up this story. The Drafter is an action packed, stress ride of a story, with plenty of mysteries, betrayals, and heartbreaks to keep you busy from beginning to end. The year is 2030, the setting of the story is mainly alternative or futuristic Detroit, with a stop over in Charlotte where things turn on a dime for our protagonist Peri Reed.

Peri is a trained, covert government operative who is sent around the world with her partner and anchor Jack Twill to change everything from terrorists plots, to making a group of men extremely wealthy, to retrieving a list of names said to be of corrupt agents. She truly believes that she is doing good work, and isn't aware of the extent of the betrayal of those she works with, until she finds out her name is on a list of those who are considered to be corrupt. Peri has the ability to Draft back in time if and when things go badly, and they often do in this story. The problem with this ability as I see it, is that Peri has to rely almost entirely on her Anchor to keep her sane and be there when she drafts.

Her memories would float away into the Aether otherwise, or end up with two timelines instead of one if her anchor isn't around. The biggest nightmare for any Drafter is not knowing what really happened to them or that they've been used for years. When Peri loses 3 years of her life thanks to her Anchor, she tries to put the pieces of her life back together, while also trying to determine who the good guys really are, and how she got into this situation in the first place. She reconnects with Silas Denier, who tries to help her understand what has happened to her.

The reason why I ask you to read said novella first, is that one of the POV's is from Dr. Silas Denier who once worked for the same organization that Peri works for now, Opti. He and Peri briefly met in the Novella and apparently continued to work together along with Allen Swift, and Fran Jacquard. Silas helped an organization called the Alliance attempt to bring Opti down from the inside before leaving, and is being drawn back to bring Peri back to where she really belongs. Silas is not only an important cog that turns the wheel of this story, but its his inventions are what allow others to use Peri for their machinations.

I dare say that Peri is a wonderful character, a kickass heroine, but we've lost some crossover information between Sideswipped and The Drifter. Sideswipped showed a brilliant Drafter who became an government agency operative extraordinaire. But, what we don't have inside information to, is Peri joining a group known as Opti, or why she started working for them in the first place. There is no explanation. I don't ask for much. I just ask for a bit of world building and pieces of the puzzle that actually fit together! I dare call this story alternative fantasy or science fiction because in order for any of the things to truly happen in this book, the US would already need to be focusing on this technology.

**I received this book for free from (Publisher) via (Edelweiss) in exchange for an honest review. This does not affect my opinion of the book or the content of my review.**