#Review - About a Girl by Sarah McCarry (Contemporary, Mythology) 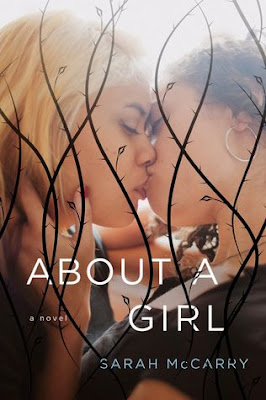 Eighteen-year-old Tally is absolutely sure of everything: her genius, the love of her adoptive family, the loyalty of her best friend, Shane, and her future career as a Nobel prize-winning astronomer. There's no room in her tidy world for heartbreak or uncertainty—or the charismatic, troubled mother who abandoned her soon after she was born. But when a sudden discovery upends her fiercely ordered world, Tally sets out on an unexpected quest to seek out the reclusive musician who may hold the key to her past—and instead finds Maddy, an enigmatic and beautiful girl who will unlock the door to her future. The deeper she falls in love with Maddy, the more Tally begins to realize that the universe is bigger—and more complicated—than she ever imagined. Can Tally face the truth about her family—and find her way home in time to save herself from its consequences?

About a Girl is the third installment in the Metamorphoses trilogy by author Sarah McCarry. The book features 18 year old Atalanta. Tally is a bright student who wants to be an astronomer. Her ultimate goal is to study the relevance of dark energy on the solar system. When Tally was a baby, she was left on the doorstep of a couple she calls Aunt Beast, and Uncle Raoul. She's never known her mother or her father, but is given an opportunity to find out, when she travels 3,000 miles to a place that makes her lose herself. You are totally right in calling this story "Tally's Quest."

I guess I should have started with the first book in this trilogy called All Our Pretty Songs before diving into About a Girl. Apparently this entire trilogy has been based on Ovid’s Metamorphoses, which makes a whole lot of sense after the book goes from being a realistic contemporary love story, into a bit of a mythological Hodge podge by gosh ending. The first book featured an unknown narrator, Tally's mother Aurora, and Jack, a singer who caught both the narrator and Aurora's attention. Jack once again returns in this story, but not in any way that will make you uncomfortable.

About a Girl was completely over my head at times thanks to the protagonist truly believing that she was smarter than anyone in the room, including her best friend Shane who is a musician. She came across as arrogant, pretentious, and just not willing to give an inch to others. The romance between Tally and Maddy was intense and enjoyable. One could get lost in just that facet of the story itself without all the background nose of trying to find Tally's father, traveling 3,000 miles away only to discover things that make Tally rethink almost everything she's known about her mother and father. But, Tally's friendship and perhaps more with Shane, should have been addressed a bit more.

There is major diversity in this novel. Tally's best friend is a trans-boy (girl transitioned to boy), her "uncle" is gay and married to a Sudanese/French/American Henri. Uncle Raoul has family that still lives on the Navajo reservation. I didn't care for the nickname of Tally's Aunt. Perhaps it was a show of adoration, but calling someone Beast just doesn't seem funny to me. I truly do believe that "Beast" was the narrator of the first book, but will have to eventually go back and see if I am correct or not.

**I received this book for free from (Publisher) in exchange for an honest review. This does not affect my opinion of the book or the content of my review.** 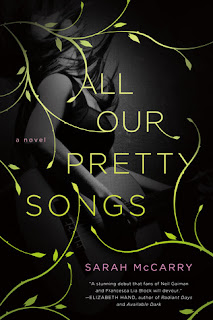 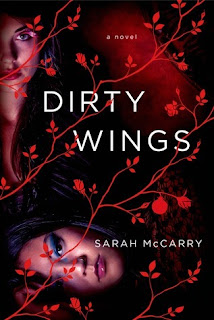