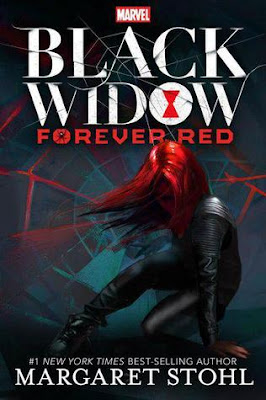 Enter the world of the Avengers' iconic master spy Natasha Romanoff is one of the world's most lethal assassins. Trained from a young age in the arts of death and deception, Natasha was given the title of Black Widow by Ivan Somodorov, her brutal teacher at the Red Room, Moscow's infamous academy for operatives.Ava Orlova is just trying to fit in as an average Brooklyn teenager, but her life has been anything but average.The daughter of a missing Russian quantum physicist, Ava was once subjected to a series of ruthless military experiments-until she was rescued by Black Widow and placed under S.H.I.E.L.D. protection. Ava has always longed to reconnect with her mysterious savior, but Black Widow isn't really the big sister type.Until now.When children all over Eastern Europe begin to go missing, and rumors of smuggled Red Room tech light up the dark net, Natasha suspects her old teacher has returned-and that Ava Orlova might be the only one who can stop him. To defeat the madman who threatens their future, Natasha and Ava must unravel their pasts. Only then will they discover the truth about the dark-eyed boy with an hourglass tattoo who haunts Ava's dreams. . . .Black Widow:Forever Red features all the heart-pounding adventure readers expect from Marvel, written by #1 New York Times best-selling author Margaret Stohl. Uncover a new side of the Marvel Universe that will thrill loyal fans and newcomers alike, as Stohl reveals the untold story of Black Widow for the very first time.

Margaret Stohl's Black Widow: Forever Red is the story of one of Marvel's most storied assassins, Black Widow. Natalia Romanova was trained in the art of death, combat, espionage, and deception in Moscow's infamous academy called the Red Room. Natasha was given the title of Black Widow by Ivan Somodorov, her brutal teacher at the Red Room. Forever Red tells the story about a case that started 8 years ago when she and Phil Coulson rescued a young girl named Ava Orlova from Ivan's clutches. It then moves forward to current events with Natasha part of the Avengers Initiative.

Although the title says Black Widow, Stohl actually alternates her story between Ava, Alex Manor, and Natasha. We've all heard stories about those who have lead a hard knock life. Well, Ava's life hasn't exactly easy since she was experimented on, and later rescued by Natasha and put under S.H.I.E.L.D's protection. Left alone, Ava collects an assortment of neat little gadgets that helps her escape. All that Ava has ever wanted is to be able to fit in like everyone else.

She doesn't want to remember Ivan, or what was done to her. She wants to fence, and hang out with her best friend Oksana. But, she finds that she can create her dreams on paper. Dreams that focus on one person; Alex Manor. She also has issues with Natasha for breaking her promise of always being there for her like a sister. In the end, it will take the two of them working together to bring down the master of cunning and deviousness after children from across Europe go missing.

Alex is a mystery wrapped up in anger and curiosity. Like Ava, he loves to fence, but unlike Ava, he can tell when someone is going to attack him. His intuition allows him to see every single move ahead of time. He gets in trouble a whole lot, and that ends up costing him at times. Alex also is somewhat of a junk food junky. Perhaps that has something to do with his past which is revealed later in the story. I liked Alex and Ava together. I liked that Alex had a heroine worship for Tony Stark, and Captain America etc. I like that Alex isn't just pushed aside to sit back and watch as things go down.

Stohl really does a good job of getting to the core of who the Black Widow is and that's a good thing because The Black Widow is an icon who has been around since 1964. I dare say that I am perfectly fine and impatient to see another installment written by Stohl. I love Ava, and Alexei. I loved their connection. I loved that both of them had issues that they needed to face. Sometimes having someone alongside for the ride helps. Forever Red is an action packed, suspenseful, entertaining, brilliant, fun, humorous, and emotional all packed into 400 pages.