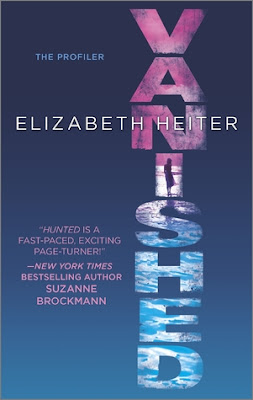 
Sometimes the past can haunt you...

Eighteen years ago, FBI profiler Evelyn Baine s best friend, Cassie Byers, disappeared, the third in a series of unsolved abductions. Only a macabre nursery rhyme was left at the scene, a nursery rhyme that claimed Evelyn was also an intended victim. Now, after all these years of silence, another girl has gone missing in South Carolina, and the Nursery Rhyme Killer is taking credit. But is Cassie s abductor really back, or is there a copycat at work?

Sometimes the past is best forgotten...

Evelyn has waited eighteen years for a chance to investigate, but when she returns to Rose Bay, she finds a dark side to the seemingly idyllic town. As the place erupts in violence and the kidnapper strikes again, Evelyn knows this is her last chance. If she doesn t figure out what happened to Cassie eighteen years ago, it may be Evelyn s turn to vanish without a trace

Vanished, by author Elizabeth Heiter, is the second installment in The Profiler series. The Profiler series features 30 year old Evelyn Baine who works for the FBI's Behavioral Analysis Unit. Evelyn has seen a whole lot in her short career. As one of the BAU's rising stars, she's profiled serial killers, arsonists, bomb makers, child abductors, terrorists, and faced her own mortality in Hunted. But, there is one case that refuses to go away no matter how hard she tries. It is what drove her to becoming an FBI profiler in the first place.

18 years ago, 12 year old Cassie Byers, best friend to one Evelyn Baine, disappeared without a trace and evidence revealed that Evelyn may have also been the the Nursery Rhyme Killer's next victim had the serial killer not stopped when he did. In the present, Evelyn gets a surprising phone call from Cassie's mother Julie saying that the Nursery Rhyme Killer has returned and claimed another victim. Upon arriving in the Rose Bay, South Carolina, Evelyn isn't necessarily welcomed with open arms. In fact, there are those who believe she's allowing a personal vendetta to get in the way of finding the victims.

But, Evelyn won't allow anyone to stand in her way of finding out what happened to Cassie. Not her own boss at the BAU Dan Moore, not her mentor and sometimes partner Greg Ibsen, and not her romantic interest Kyle McKenzie who works for the FBI's Hostage Rescue Team but seems to be set on being Evelyn's bodyguard as well as her potential love interest. Evelyn is a very interesting character who I have come to embrace over this series, and yes, that means I have read all three books. Just not in order.

She's got a deep seeded secret of her own that hasn't been fully resolved regarding her mother (which I hope Heiter explores soon), has had Cassie's disappearance hanging over her had for almost two decades, and now she's back in the town where prejudices tend to raise their ugly heads to those who are "between" skin colors. Even though Evelyn is far from the perfect profiler that one would expect from one with her drive and determination, she doesn't allow stupid mistakes to stop her from solving her cases.

But, readers will sill ask themselves questions. Will Evelyn's personal ego get in the way of solving Cassie's case before another victim pays the ultimate price? Will it come down to making the least amount of errors, or being in the wrong place at the right time? By the time this investigation is over, will Evelyn still have a job at BAU, or will her career come crashing down around her ears? After 18 years of wondering and pushing herself to the limits to be the first one in, and last one to leave, will Evelyn be able to deal with what she finds in her investigation? Will she have the courage to move on once Cassie's fate has been revealed?

I do believe there are enough twists, suspense, and sudden direction moves that will keep everyone on their toes. You really have a whole lot of characters to choose from before deciding who the actual Nursery Rhyme Killer really is. I dare say if you guess wrong, don't feel bad. I was kind of shocked when the truth finally came out. I have enjoyed this series because I honestly adore Heiter's actual research into the subject of being a profiler. There are plenty of books, and even Criminal Minds to compare this series to, but Evelyn's character, her strength, and who she really is, makes picking up one of Heiter's book well worth the money. 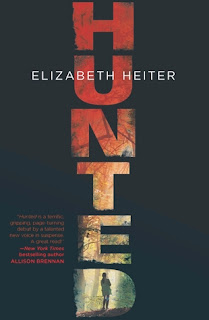 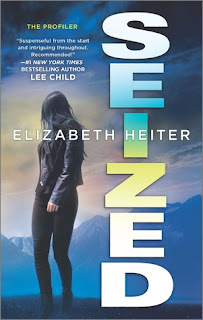