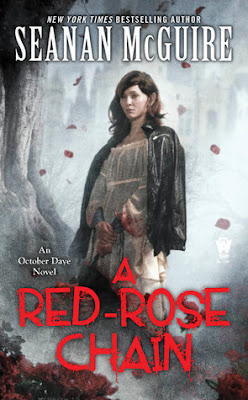 Things are looking up.

For the first time in what feels like years, October “Toby” Daye has been able to pause long enough to take a breath and look at her life—and she likes what she sees. She has friends. She has allies. She has a squire to train and a King of Cats to love, and maybe, just maybe, she can let her guard down for a change.

Or not. When Queen Windermere’s seneschal is elf-shot and thrown into an enchanted sleep by agents from the neighboring Kingdom of Silences, Toby finds herself in a role she never expected to play: that of a diplomat. She must travel to Portland, Oregon, to convince King Rhys of Silences not to go to war against the Mists. But nothing is that simple, and what October finds in Silences is worse than she would ever have imagined.

How far will Toby go when lives are on the line, and when allies both old and new are threatened by a force she had never expected to face again? How much is October willing to give up, and how much is she willing to change? In Faerie, what’s past is never really gone.

It’s just waiting for an opportunity to pounce

A Red-Rose Chain is the 9th installment in author Seanan McGuire's October Daye series. The story picks up (3) months after the end of The Winter Long. One could say that this is the third book in Toby's new story arc that started with Chimes at Midnight with Toby, May, Jazz, Quentin, and Tybalt taking down the Queen of the Mists, and installing her with the person who should have held the title after her father was murdered; Arden Windermere. But, nothing is ever easy for Toby or her friends.

After Arden's second in command is elf shot and she starts questioning whether or not she should really be Queen, Arden is given the choice of either stepping down as Queen, or facing a war against the Kingdom of Silences. Arden names Toby, the same Toby who is reckless, rash, smart-mouthed, and impulsive, as Ambassador and sends her to Portland along with May, Walther, Tybalt, and Quentin to bring an end to the threat of war. Even though Toby is in over her head, including facing the shear hatred of all changelings by the King Rhys, and his desire to find out how she ticks, Toby still has a job to do of stopping an impending war that will do nothing but leave death and destruction behind.

One of the new things in Toby's evolution as a character, and a hero is that she has a supporting cast that wades into the darkness along with her and not just stands back while she blunders into danger time and time again. Toby still has her wits, and sarcasm about her that remains to be one of the more impressive feats of a series that is 9 books into this series. With Toby facing intense hatred by both the King and the Fake Queen, it will take some tricky maneuvering to ensure that Toby and her friends return home safely.

This book touches on a subject that I've always been curious about. The fact that purebloods can't kill each other without it violating Oberon's Law, but they can use elf shot against each other which puts them out of commission for a hundred years. It's a tricky situation that leads to the possibility that Toby's enemies will keep coming back once they've already been defeated. I am all for putting an enemy in the grave, and not allowing them a second chance at our heroine. I liked that Walther's background and his science plays a key role in discovering a way to help those who have been elf shot. I also like that the author isn't afraid to use diversity in order to tell her story. I love that Tybalt and Toby are in a good place and their interaction always brings a smile to my face.