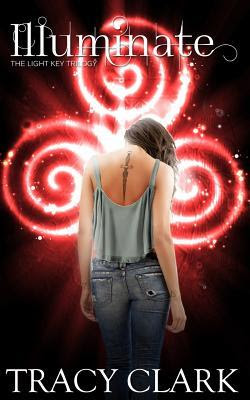 Can one girl be the light in a world spiraling toward darkness?

Haunted by the loss of her loved ones, Cora Sandoval, one of the remaining few of an extraordinary race known as Scintilla, holds the key to disentangling the biggest conspiracy in human history...and its link to the fate of the human race. As Cora follows a trail of centuries-old clues and secrets, she collides with a truth not only shocking, but dangerous.


With enemies both known and unknown hot on her trail, Cora must locate each of the ancient clues hidden in the art, religions, and mythologies of humankind. And through it all, she must keep her heart from being torn apart by the two boys she loves most. One is Scintilla, one is Arazzi.
Save herself. Save the Scintilla. Save the world. Or die trying...

"There is no home for the Hunted."

Illuminate, by author Tracy Clark, is the third, and final installment in The Light Key Trilogy. Illuminate picks up right where Deviate left off. The action picks up right from the first page of the first chapter, and drives straight towards the final chapter which will leave you stunned. The story takes the reader from Ireland, & Chile, & Italy. Cora Sandoval has been left with pain and loss. She's watched those she loved fall by the wayside in a never ending war between Scintilla and Arazzi. Now, is time to seek answers, and find a way to save her race before it's too late.

Illuminate is actually told through the adventures of three different characters, which I've already mentioned above. Let's start with Cora. Cora has been betrayed by one boy (Giovanni), and had her heart ripped out by another (Finn Doyle). But, the main mystery is who is actually behind the Arazzi, and why are they so intent on killing off all Arazzi? Cora's world is getting more dangerous by the day. Natural disasters are spreading world wide because of an energy imbalance. Cora and her allies still haven't a clue what religious organization is driving the Arazzi to commit genocide against the Scintilla, but she's not going to just sit back and let them come for her again.

Cora, who has psychometry abilities that leave tattoos behind on her body, may be the KEY to everything. She travels alone to Italy looking for answers as to who is behind the Arazzi and the murder of her parents and cousin. Her adventures lead her to hook up with a journalist named Edmund Nustber in Vatican City, and answers to why the key that she wears around her neck is so important. Edmund and Cora, along with her friend Dun, make for a pretty good team. It is Cora's action at the Vatican that stir up a whole lot of twists to come.

While Cora travels to Italy in search of answers, and gets more than she bargained for, Giovanni heads to Chili with his daughter (Claire) and Cora's grandmother Mami Tulke to yet another shocking surprise that blows the lid off this series. This shocking revelation had me open mouthed and stunned. Giovanni becomes the de facto leader with Cora gone. I do believe that he truly intended to redeem himself for the lies that he kept from Cora. By taking the bull by the horns, as they say, he steps up and becomes a totally different character.

Finn, on the other hand, has been doing his best to redeem himself in the eyes of Cora. What's interesting about Finn is that his family, especially his mother, pay key roles in this story that will lead to several twists, surprises, and shocks when all is said and done. Finn, like Giovanni, know they have done Cora harm. With Finn staying in Ireland, and with his mother's help, he discovers something that may help Cora, and end the war between Scintilla and Arrazi. Finn, though, still makes some silly mistakes, especially in who he should trust.

One of the things that I have to discuss is the religious aspects of this story. While I have some issues with once again blaming the Church for which I was brought up in, I am not going to whimper, whine, or throw a hissy fit because someone dared to smeared my faith. Most of us in the Roman Catholic Church can take the truth about our faith without wanting revenge against those who believe it is corrupt and irredeemable. If you want to talk about the villain of this story, then it really does make sense in that his goals are no worst than radical fundamentalists in any other religion who are intolerant of others, and want to see them eliminated from the world. 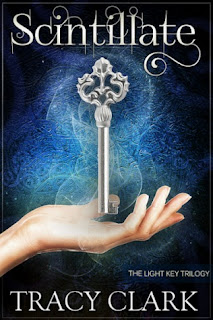 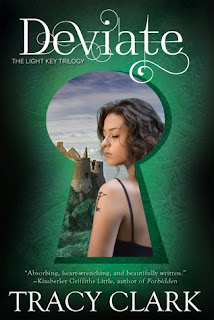