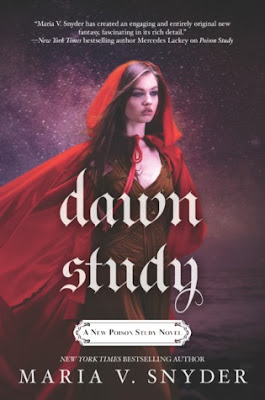 Despite the odds, Yelena and Valek have forged an irrevocable bond and a family that transcends borders. Now, when their two homelands stand on the brink of war, they must fight with magic and cunning to thwart an Ixian plot to invade Sitia.

Yelena seeks to break the hold of the insidious Theobroma that destroys a person's resistance to magical persuasion. But the Cartel is determined to keep influential citizens and Sitian diplomats in thrall and Yelena at bay. With every bounty hunter after her, Yelena is forced to make a dangerous deal.


With might and magic, Valek peels back the layers of betrayal surrounding the Commander. At its rotten core lies a powerful magician and his latest discovery. The fate of all rests upon two unlikely weapons. One may turn the tide. The other could spell the end of everything.

When last we left Yelena Zaltana, her magic had been restrained, she found out she was pregnant, and oh yes, there is a whole ton of crap that needs to be addressed like the fact there is an assassin, nicknamed the Mosquito, who has desires to kill Yelena while collecting on a rather high bounty. Oh, let's not forget that the two kingdoms of Sitia and Ixia are facing a war thanks to Owen Moon, Bruns Jewelrose & the Cartel who have produced enough theobroma to overwhelm the Ixia council and almost every other high ranking Ixian.

Easy Peasy, right? Yeah, no. There hasn't been anything easy about Yelena's life since she was kidnapped and taken to Sitia. From being a food tester for the Commander, to falling for Valek, to learning that she has Soulfinder magic, to being liaison between Ixia & Sitia, her life has been anything but easy. Yelena is a character I have loved from the very beginning of this series because of her strength, and her ability to weave her own way. Her relationship with Valek has been by far the most interesting coupling in a fantasy setting. Both are powerful in their own way, and one can only imagine how much power their child will have in the future.

In the meanwhile, Valek has had a fleeting look at his future in the eyes of Onora who was sent to kill him & take his place as Commander's head of security. His relationship with the Commander has taken a dangerous turn of events, and he needs to try to fix it before he designs any thoughts of retiring and settling down with Yelena & their baby. Valek & Yelena's survival will depend on a whole lot of skill, and friends like Janco, Ari, Leif, Maria, Fisk, Opal, Devlin & yes even Onora who has become part of Yelena's extended family in just a short time.

Dawn Study is a story that weaves its way through the narratives of Yelena's, Valek's, Leif, & Janco's. There is a point of having too many narratives, but Snyder almost has to have these narratives so that you can see what is happening to not only the other characters, but to the world which hovers on the brink of war. I loved others characters like Zohan, Zethan, Teegan, Kade, Heli, Reema, & how strong Leif's wife Maria becomes after surviving this brutal world in tact. I know this is the finale, but I would be absolutely fine with a novel featuring Teegan or Reema, or yes, even Onora who has some pretty cool abilities of her own.

Books to read in order: