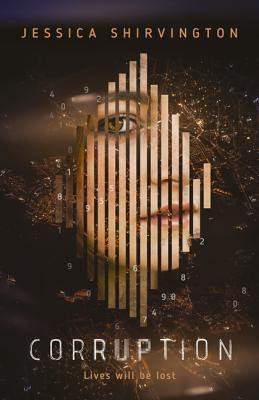 How do you live with yourself when you've deceived the one you love?


How do you move on when the person you've been fighting to save betrays you?

Two years ago, Maggie Stevens began the hunt. Four weeks ago, Maggie's world fell apart, when she finally found what she'd been looking for. And when Quentin, who had blindly trusted her, unraveled her web of lies.

Now, Maggie lives in the dark. But she's not about to stay there. Not when she still has to bring M-Corp down. Not when there is still a chance she could win him back.

In the exhilarating conclusion to Disruption, Maggie must do whatever it takes to show the world the truth. And the price for her quest? Everything. But for who?

Corruption is the second and final installment in Jessica Shirvington's Disruption duology. Corruption finds protagonist Maggie Stevens in a dark place. Literally and figuratively. It has been (4) weeks since her world came unglued and the truth about her father came out. (4) weeks since Maggie's search for answers ended in betrayal, capture, and being imprisoned underground.

Maggie's world was shattered two years ago after her father was taken away and labeled a Reg. A Reg is a person who fails to have (3) matches in a month. They are considered to be dangerous and are taken away to education farms, or worse, underground prisons where they will never be seen again. For two years, Maggie did everything she could possibly do to find her father.

She broke into underground places where Regs were being kept. She blackmailed powerful people into doing her bidding, including her partner in crime, Gus who was last seen leaving Maggie behind after some truths came out. She also used Quentin Mercer, the son of the M-Corp's founder Gareth Mercer, who ended up being more than she thought. Maggie's determination to find her father put her into several categories: Calculated, Manipulative, Selfish, and a Blackmailer.

Maggie's world is one in which everyone is expected to be chipped. The chip scientifically manages everyone's pheromones that leads to supposed perfect, or near perfect matches. In the previous installment, Maggie manipulated Quentin into helping her, but it came with some really interesting surprises which I won't spoil. She also found herself being betrayed by those she manipulated and blackmailed into helping her. It was one of those moments where the villain calmly stated, checkmate.

After being suddenly released from her cell without any explanations, Maggie realizes that the game is not over yet. Gareth isn't done trying to ruin her life, and will do everything in his power to keep her away from Quentin. As Maggie tries to pick up the pieces of her life, she has to ensure that neither she, nor her mother, nor her brother aren't caught up in certain powerful people's aspirations or face becoming a Reg herself. Maggie pushes herself to the limits in this story by declaring war on M-Corp, and the one person who has done all he can to destroy her life.

But, it won't be easy. Quentin isn't happy about being used. He doesn't forgive her for using him, or lying to him even though they are more than compatible. But, he obviously knows that they are fated to be together. While Maggie's spiraling out of control with her desire for revenge, Quentin and Gus may be the only two people who are able to talk her off that long drop to the very bottom of her existence. With Quentin, and Gus alongside, Maggie knows that the stakes are much higher than before. But, the payoff might lead to saving many, many people who have been affected by M-Corp and their technology.

This is the sort of story that if you give up on it early, you miss the most important parts and the most action packed parts of the story, as well as the most emotional scene in the entire series. It is worthwhile to read these books back to back to ensure that you keep events of the first book fresh in your mind. Definitely recommended.