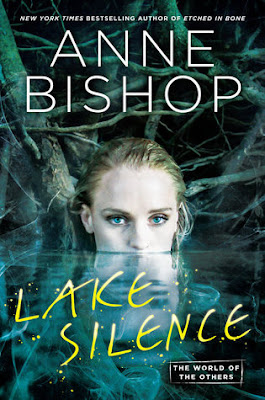 
In this thrilling and suspenseful fantasy, set in the world of the New York Times bestselling Others series, Vicki DeVine and her lodger, the shapeshifter Aggie Crowe, stumble onto a dead body . . . and find themselves enmeshed in danger and dark secrets.

Human laws do not apply in the territory controlled by the Others—vampires, shapeshifters, and paranormal beings even more deadly. And this is a fact that humans should never, ever forget . . .

After her divorce, Vicki DeVine took over a rustic resort near Lake Silence, in a human town that is not human controlled. Towns like Vicki’s have no distance from the Others, the dominant predators that rule most of the land and all of the water throughout the world. And when a place has no boundaries, you never really know what’s out there watching you.

Vicki was hoping to find a new career and a new life. But when her lodger, Aggie Crowe—one of the shapeshifting Others—discovers a dead body, Vicki finds trouble instead. The detectives want to pin the man’s death on her, despite the evidence that nothing human could have killed the victim. As Vicki and her friends search for answers, things get dangerous—and it’ll take everything they have to stay alive.

Lake Silence, by author Anne Bishop, is the 6th installment in the Others series. Bishop leaves Meg Corbin and Lakeside Courtyard behind for an entirely new cast of characters including Vicki Devine, Agatha "Aggie" Crowgard, Ilya Sanginati, Julian Farrow, and Wayne Grimshaw, while also introducing a few new and terrifying terra indigene including the Lady of the Lake and the Sproingers. Let's start out by introducing Vicki first since she gets most of the storyline.

She's the current custodian of what the author is calling The Tumble near Sproing & Lake Silence in what is actually the Fingerlakes Region of NY State. The Tumble may have a few humans interspersed here and there, but it is a terra indigene community. As part of her divorce settlement, Vicki is supposed to have the property free and clear. She knows that she can only managed to upgrade the property, but not actually go any further since the land isn't hers. Then one day, her renter, Aggie discovers a dead body on the property.

One thing leads to another which leads to a whole lot of trouble for Vicki and a rallying cry, of sorts, for those who refuse to allow anyone to damage someone who is already damaged and has her fair share of panic attacks after years of abuse. Let me just say that Vicki is NOT Meg Corbin. While the Others seem to gravitate towards her and protect and support her, she has no special powers to see into the future, nor does she have the ability to become a Terra indigene.

I have to admit that I loved Ilya Sanguinati, leader of Silent Lodge and Vicki's knight in shining armour. He's a fantastic character who takes zero prisoners and makes the most stoic character tremble in their feet. Yes, he does in many ways remind me of Vlad, but Ilya is a strong presence throughout the story. Wayne Grimshaw is a high patrol officer and the first on the scene after Aggie discovers the dead body.

Thanks to some political nuisances, Grimshaw ends up temporarily assigned to Sproing Station where his friend, Julian Farrow, owner of the book store called Lettuce Read, is currently living. Julian is a former cop & Intuit who has the ability of sensing danger. An ability that actually saved his life. Grimshaw and Julian are thrown together when things seem most desperate for Vicki thanks to a nasty group of humans.

There is no romance between any of the characters in this book. This is no Meg and Simon who eventually get together as a couple, although an argument could be made for Ilya and Vick if this becomes a series. This is a cast of characters who have live in a wild country where the terra indigene and elders have a tendency of playing with their food, and protecting what is theirs. When outsiders arrive in an attempt to disrupt things, well, I shall leave you to your imagination.

In the end, Lake Silence is a predictable story in many ways. You also have a lead character who isn't perfect in any way or shape. Yes, that's what I said, shape. Vicki is a character that will appeal to those of us who have a bit of cushion to our bodies, and that is absolutely okay. In many ways, Lake Silence could be a standalone. I am not sure what the author's plans are, or if she intends to write another trilogy, but I'd be fine either way.