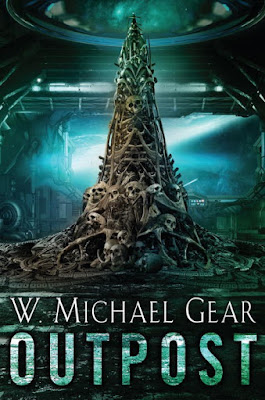 The first book in a thrilling new sci-fi action adventure, set on Donovan, a treacherous alien planet where corporate threats and dangerous creatures imperil the lives of the planet’s inhabitants.

Donovan is a world of remarkable wealth that comes at a high price.

Planetside, Talina Perez is one of three rulers of the Port Authority colony—the only law in the one remaining town. With the Corporate ship demanding answers about the things she’s done, Perez could lose everything, including her life.

For Dan Wirth, Donovan is a last chance. A psychopath with a death sentence looming over his head, he will make a desperate play for power. No matter who he has to corrupt, murder, or destroy.
Captain Max Taggart is the Corporation’s enforcer. But is it too late to seize control of Donovan?

Then a ghost ship, the Freelander, appears in orbit. Missing for two years, she arrives with a crew dead of old age, and reeks of a bizarre death-cult ritual that deters any ship from attempting a return journey. But maybe it’s worth the risk, for a brutal killer is stalking all of them as Donovan plays its own complex and deadly game.

Outpost, by author W. Michael Gear, is the first installment in the author's Donovan trilogy. Welcome to Donovan, where humans landed 30 years ago. It is a planet where you can make your riches if you are lucky. It is also a planet filled with life that can ruin a person's life quickly and permanently. A good description for this book would be, Deadwood meets Avatar in a gritty, action packed adventure with colonists on the fringes of survival on a dangerous frontier planet where both fauna and creatures can kill without any warning. This story consists of several main characters:

Talina Perez is a security officer on Donovan (Port Authority) who is something of a living legend. She is also one of the Triumvirate who have the final say on Donovan. If you were looking for one main character who really stands out not only for her badassery, but because she understands the environment in which she is living, and hasn't lost her perspective that one wrong move could be her last, then look no further than Talina. There is also something very creepy happening to Talina which I won't spoil. I'm eager to see how this storyline plays itself out.

Trish Monagan, a first generation Donovanian, as well as Talina's ward after her parents died. Trish was actually born on Donovan which makes her a rarity among those living on Donovan and who agreed to a contract. Trish doesn't get all that much set away for her to shine, but the time she does has proves that she is no pushover. Trish takes charge at one point while Talina is off being stranded in the bush.

Captain Max Taggart is a Corporate Security expert with a military background who arrives on Donovan via the Turalon and finds himself questioning his very reason for being on the planet after nearly killing Talina and the Triumvirate. Taggart's world changes abruptly after he and Talina crash land and are forced to survive against all sorts of difficult odds. Odds that the weakest couldn't survive through. Taggart's choices lead to some curious avenues and some puzzling outcomes.

Dan Wirth is a real hard case who arrives on Donovan via the Turalon and immediately disrupts the status quo. If one were looking for a villain outside of the Quetzal, he would be it. Dan pretty much finds something that he is really good at and takes advantage of those who have suddenly found a glutton of wealth sitting in their pockets. With a man like Dan around, one needs to watch their backs and their front.

Kalico Aquila is a Corporate bigwig who arrives on Donovan via the Turalon and immediately realizes that things on Donovan have gone to hell. The previous leader is dead. The Triumvirate rules the planet with different ideologies. Nobody cares about contracts they once signed, and to top things off, there are 7 Corporate ships with 3500 people onboard that have gone missing on the way to Donovan. Kalico chooses a different path from the others. A path that puts her directly in the way of Dan Wirth. Should be interesting to see what happens next.

If you are curious about the cover, the scene actually does take place in the story. It is really, really creepy to say the least. It also leaves so many questions as to what happened that led the ship astray for 100 years or more. Will those who are still alive on Donovan ever return home, or will they be forever part of the Donovan landscape?