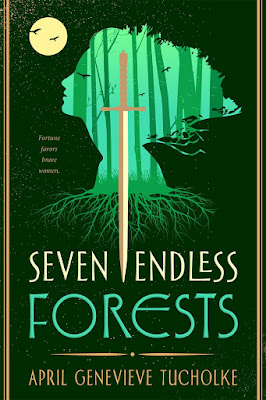 On the heels of a devastating plague, Torvi’s sister, Morgunn is stolen from the family farm by Uther, a flame-loving Fremish wolf-priest who leads a pack of ragged, starving girls. Torvi leaves the only home she’s ever known, and joins a shaven-skulled druid and a band of roaming Elsh artists known as the Butcher Bards. They set out on a quest to rescue Torvi’s sister, and find a mythical sword.

On their travels, Torvi and her companions will encounter magical night wilds and mystical Drakes who trade in young men. They will sing rowdy Elshland ballads in a tree-town tavern, and find a mysterious black tower in an Endless Forest. They will fight alongside famous Vorseland archers and barter with Fremish wizards. They will feast with rogue Jade Fell children in a Skal Mountain cave, and seek the help of a Pig Witch. They will face wild, dangerous magic that leads to love, joy, tragedy, and death.

Torvi set out to rescue a sister, but she may find it’s merely the first step toward a life that is grander and more glorious than anything she could have imagined.

April Genevieve Tucholke's Seven Endless Forests is a standalone companion to The Bonelss Mercies. It is also a retelling of the King Arthur legend with a female lead character. This story takes place in the fictional country of Vorseland. The main character in this story is 18-year old Torvi who has suffered great losses. When her only surviving family member, Morgunn, is kidnapped by a vicious band of Fremish wolf-priests, Torvi sets out to rescue her. Accompanying her is Gyda, a shaved headed druid, as well as a band of singing, storytelling Butcher Bards who are all on a quest.
At its core, Seven Endless Forests is about finding your quest and setting out to live your life. Torvi spent her youth being looked down upon by her mother for being too weak. Her mother believed Morgunn was the child destined for greatness and never stopped telling both of them that. But it was Torvi who buried their mother’s body, Torvi who kept Morgunn alive and sober, and Torvi who sacrifices everything when Morgunn is kidnapped by the wolf-priest, Uther. Torvi is a character with great balance of  both strong and vulnerable.
This is a true coming of age story. Torvi's growth from beginning to end is remarkable. Her inner strength proves that her mother was absolutely wrong about Torvi. Her sister Morgunn on the other hand, is a bit more difficult to understand. Though she is only 14, she's depicted as an alcoholic in the story and that is going to make some uncomfortable. She also believes that she is the one who will be succesful in completing her quest. Along the way they have many adventures and end up on a new journey seeking a sword encased in stone that nobody has seen in many, many years. Names and tales from the well-known Arthurian stories often pop up as Torvi and her friends follow their quest.
This title (along with the Boneless Mercies) are perfect examples of what we expect from campfire tales and Norse mythology. You follow Torvi, Gyda, Madoc, Ink, and Stefan on a harrowing adventure to reclaim home, family and freedom as well as a fable sword. Having to make hard choices that will lead the world to better or let it succumb to the flame and wolves of the priest Uther. With her band of troubled yet endearing misfits you meet up with witches, assassins, bards, traverse tree top villages, cursed towers and hidden kingdoms.