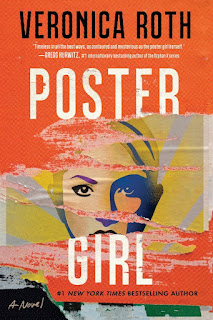 For fans of Anthony Marra and Lauren Beukes, #1 New York Times bestselling author Veronica Roth tells the story of a woman's desperate search for a missing girl after the collapse of the oppressive dystopian regime—and the dark secrets about her family and community she uncovers along the way.

Sonya Kantor knows this slogan—she lived by it for most of her life. For decades, everyone in the Seattle-Portland megalopolis lived under it, as well as constant surveillance in the form of the Insight, an ocular implant that tracked every word and every action, rewarding or punishing by a rigid moral code set forth by the Delegation.

And then there was a revolution. The Delegation fell. And its most valuable members were locked in the Aperture, a prison on the outskirts of the city. And everyone else, now free from the Insight’s monitoring, went on with their lives.

Sonya, former poster girl for the Delegation, has been imprisoned for ten years when an old enemy comes to her with a deal: find a missing girl who was stolen from her parents by the old regime, and earn her freedom. The path Sonya takes to find the child will lead her through an unfamiliar, crooked post-Delegation world where she finds herself digging deeper into the past—and her family’s dark secrets—than she ever wanted to.

With razor sharp prose, Poster Girl is a haunting dystopian mystery that explores the expanding role of surveillance on society—an inescapable reality, even if cracked.

Veronica Roth's Poster Girl tells the story of a woman named Sonya Kantor aka Poster Girl in her desperate search for a missing girl after the collapse of the oppressive dystopian regime—and the dark secrets about her family and community she uncovers along the way. 10 years ago, 17-year old Sonya Kantor was the Poster Girl for the Delegation who required everyone to be implanted with Insight technology that could track their every movement, as well as DesCoin which paid citizens for their good behavior, and deducted coins for bad behavior.

After the Uprising, the Delegation fell and its most valuable members were locked away for life in the Aperture, a prison on the outskirts of the city of Sea-Port. Everyone else is now free from the Insight’s monitoring and went on living their lives. Thanks to a new law called The Children of the Delegation Act, the Triumvirate who replaced the Delegation has decided to release certain individuals who were young adults 10 years ago when the Delegation fell during the Uprising. Sonya was the only member of her family that was caught and set to the Aperture.

Losing every member of her family, and a decision she made that day to safe herself, still hangs over everything she does. Even though she's self taught herself how to fix things, she knows that it is unlikley that she will ever leave thanks to her name and face and notoriety. Until Alexander Price, the boy who betrayed her family, shows up claiming that Sonya is being given a chance at her freedom by the Triumvirate. All she has to do is find a girl who has been missing for 10 years. A girl who was taken because she was an illegal second child unlike Sonya who was given special permission from the Delegation to be born and not taken from her family.

The path Sonya takes to find the child will lead her through an unfamiliar, crooked post-Delegation world where she finds herself digging deeper into the past—and her family’s dark secrets—than she ever wanted to. She finds that Alexander hasn't exactly had the best lives after he betrayed her family and may be her only friend. She also finds that the new regime is not as squeaky clean as they've told people, and that secrets will eventually bite Sonya in the ass if she doesn't watch her back. Because of her past, Sonya is liked by almost no one, not really even her fellow political prisoners.

Reason for my review: First, there is literally no world building. We are told of an uprising. We are told that the Delegation was bad, and the new regime is more people friendly. We later learn that there's a rebellion gaining traction right under the new regime's noses, and they, along with Emily Knox, a hacker who Sonya uses to find the missing girl, are not exactly ready to open their arms to Sonya. The story also ends flat and there's a whole lot left to be explained.