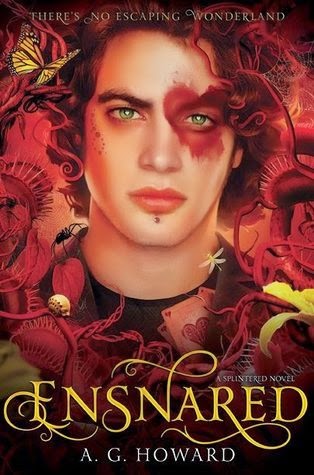 After surviving a disastrous battle at prom, Alyssa has embraced her madness and gained perspective. She’s determined to rescue her two worlds and the people and netherlings she loves. Even if it means challenging Queen Red to a final battle of wills and wiles . . . and even if the only way to Wonderland, now that the rabbit hole is closed, is through the looking-glass world—-a parallel dimension filled with mutated and sadistic netherling outcasts.In the final installment of the Splintered trilogy, Alyssa and her dad journey into the heart of magic and mayhem in search of her mom and to set right all that’s gone wrong. Together with Jeb and Morpheus, they must salvage Wonderland from the decay and destruction that has ensnared it. But even if everyone succeeds and comes out alive, can they all truly have their happily ever after?

In the final installment of the Splintered Trilogy, Ensnared, Alyssa Gardner's journey comes full circle. Ensnared is a story that once again pushes the envelope on imaginary world building, unique characters, action, adventure, and of course, romance. From a train filled with memories, to meeting her father's side of the family and getting his memories back, to arriving in AnyElsewhere to save Jeb & Morpheus, to saving Wonderland before Red tears it apart at the seams, Alyssa definitely has her work cut out for her.

A year has gone by since Alyssa learned that Lewis Carroll's Wonderland exists, and that she, like her mother Alison, are descendants of the Red Queen. Along the way, Alyssa has had two men by her side in Jebediah, and Morpheus who first introduced Alyssa to the world that she would soon become a part of. Alyssa has since survived prom, accepted her madness and powers and broke out of the asylum she was sent to. So, it all comes down to this.

Can Alyssa save her mother, Jeb, Morpheus, her father, and Wonderland from the Red Queen's machinations? Will Alyssa settle the question between who she should be with, Jeb, or Morpheus, or will it be a Clockwork Princess moment? Will Alyssa finally find the strength, courage, and determination to finally put Red out of her misery, or will she fall into the lure of power that she has plenty of? Will Alyssa return to the mortal world, or stay in Wonderland forever?

Each of the men have played a large role in Alyssa's life. Jeb as her best friend, boyfriend, and defender. Morpheus as the figure who allowed Alyssa to accept that she's different from other girls her age, and that's perfectly fine. Each has also made it inherently impossible to choose between the two of them without hurting someone's feelings. I think that Howard made a good point in how she connected each character. I actually enjoyed the fact that Jeb and Morph put aside their hatred for each other to support Alyssa.

“Jeb is an anchor; he holds me grounded to my humanity and compassion. But Morpheus is the wind; he drags me kicking and screaming to the highest precipice, shoves me off, then watches me fly with netherling wings. When Jeb's at my side, the world is a canvas--unblemished and welcoming; when I'm with Morpheus, it's a wanton playground--wicked and addictive.”


Even though Morpheus continued to drive me to brink of insanity with his narcissistic tendencies, manipulations, snarky attitude, and twisted sense of getting things done, he's never failed in his determination to love Alyssa or make her a better Queen. Jeb, on the other hand, has his own issues which makes for an interesting storyline. He's a lost soul in a land that he doesn't care for. He's had a hard life, and being introduced to Wonderland has changed him forever. I'm still trying to decide how I feel about Howard's ending. In one way it makes sense. In another, it's really sad.

Ensnared is probably the best ending that we can expect from this series when you consider all that's happened and the twisted triangle of love that apparently was necessary. Morpheus got under my skin a few times too many, and Jeb was a piss·ant most of the time in this story. However, both characters truly love Alyssa, and their actions speak louder than words. Loved that Chessie, and Ivory return after the series took a detour of sorts in Unhinged. Definitely a must read for all ages no matter your reading tastes.


Other Books in Series:
(Covers are Alyssa, Morpheus, Jeb and Alyssa) 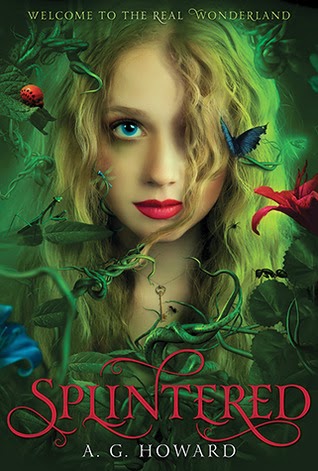 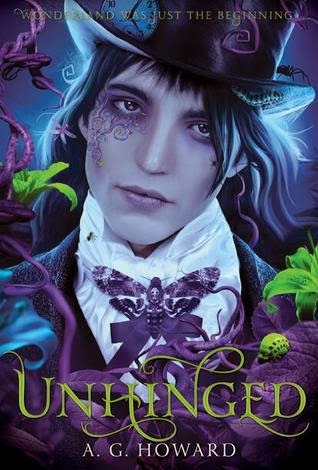 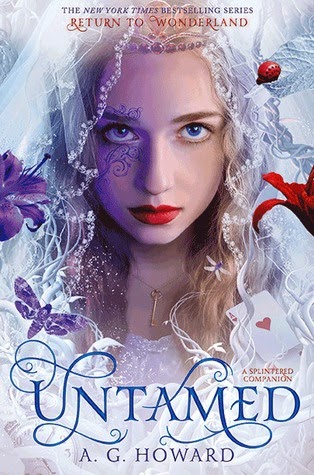