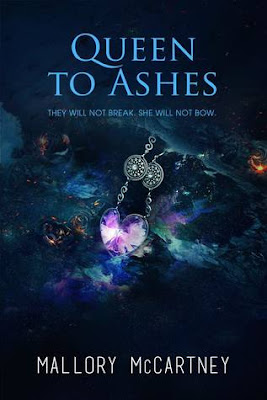 “You lived your entire life feeling like half of you was missing. Fight for the missing part. Fight for this.”

Emory Fae has abandoned everything she thought she knew about her previous life on Earth. Stepping up to her role as Queen of Kiero she makes a startling sacrifice- feigning her allegiances to Adair Stratton, the man who murdered her parents and casted Kiero into ruin. Emory’s memories slowly piece together, and she soon realizes the Mad King may not be all he seems— and the man who was once best friend, may be fighting beneath the surface.

With the King’s attention on her, can she buy Black Dawn Rebellion enough time to recuperate their forces? And when the time comes, will she be able to kill Adair, ending his tyranny and rising herself as the rightful Queen? Fighting to hide her secret, Emory navigates the brutal trials of the Mad King, trying not to lose herself in the process.

Sequel to Black Dawn, now a bestselling series, the sparks are ignited, as Emory learns the cost of freedom, and her title. Will the rebels unite in time? A sinister force has spread across the land, stripping everyone bare- their betrayals, their secrets, their intentions. But above all, what will their decisions cost? By refusing to give in to the darkness, will Emory rise as Queen?

Queen to Ashes is the second installment in author Mallory McCartney's Black Dawn series. I have to say, I am absolutely stunned by the endings to this story. Endings meaning two characters face life or death moments. I dare say it's given me some time to think about my review before sitting down and actually writing it, or in this case, typing it. This is a story that features many different characters. But, let's start with Emory Fae, the presumptive Queen of Kiero.

Emory has abandoned her previous life on Earth. She joined the Black Dawn Rebellion in order to remove the Dark King, Adair Stratton. But, nothing was what it seemed, & she ended up making some really interesting choices at the end of the previous installment which has led her to her current predicament. She has to prove her allegiance to Adair, survive the numerous life or death trials she is put through, as well as learning everything she can in order to overthrow him.

Adair is the man who was once a good friend at the Academy and maybe more. That means becoming one of his soldiers and giving the Rebellion time to heal from their defeat. But, that's not the only challenges that Emory and her fellow Rebellion have to face. There are some really vile villains in this story. From the dangerous Oilean who are working to bring back their King, to another even darker force just waiting to rise. So, let's not focus all our time on Emory.

Yes, she is an interesting character, and yes, she has some brilliant moments as well as a sort of awakening, but if you ignore the others like Azarius, Lana, Brokk, Memphis, Riana, Nyx, & Alby. While Emory is hoping to make Adair believe she's on his side, the Rebellion is fighting for their very lives. One could say that most of the action and twists is with those of the Rebellion. It's fair to say that I am not at all disappointed by this story. I am fascinated to learn more about the other realms, including Daer, as well as finding out more about the Shatter Islands which is where part of the story ends.