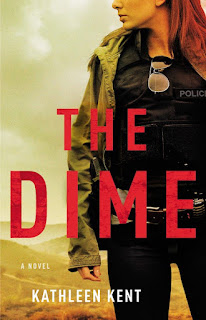 Series: Betty Rhyzyk Series (#1)
Format: Hardcover, 352 pages
Release Date: February 14, 2017
Publisher: Mulholland Books
Source: Library
Genre: Thrillers / Suspense
Brooklyn's toughest female detective takes on Dallas in this "violent, sexy, and completely absorbing" Edgar Award nominee, the first novel in the acclaimed Betty Rhyzyhk series (Kirkus Reviews).
Dallas, Texas is not for the faint of heart. Good thing for Betty Rhyzyk she's from a family of take-no-prisoners Brooklyn police detectives. But her Big Apple wisdom will only get her so far when she relocates to The Big D, where Mexican drug cartels and cult leaders, deadbeat skells and society wives all battle for sunbaked turf.
Betty is as tough as the best of them, but she's deeply shaken when her first investigation goes sideways. Battling a group of unruly subordinates, a persistent stalker, a formidable criminal organization, and the unbreakable Detective Betty Rhyzyk may be reaching her limit.

Combining the colorful pyrotechnics of Breaking Bad with the best of the gritty crime genre, The Dime is Kathleen Kent's brilliant mystery debut and the launch of a sensational new series.

The Dime is the first installment in author Kathleen Kent's Betty Rhyzyk series. Kent is the bestselling historical novels The Heretic's Daughter, The Traitor's Wife, and The Outcasts. For continuity sake, this story begins in October 2000 where Brooklyn Cop Betty Rhyzyk has been on the job for five months. After being involved in a horrific shooting where her partner is shot, and she shoots the killer for four people, she later decides to transfer to the Dallas P.D where the story picks up in 2013. Betty is now the only remaining member of her family having lost her last relative to cancer.

Brooklyn transplant legacy cop Detective Betty Rhyzyk is working as part of a team, including the FBI, investigating illegal drug sales, but the investigation is blown off track by a couple of particularly brutal murders, and Betty finds herself in the middle of a huge mess. Almost a dozen bodies pile up including, eventually, the Mexican--or his head, anyway. In the search for the violent drug dealer responsible for the murders, Betty and her domestic partner are soon being stalked, with the investigation branching out into directions involving possibly even more deadlier foes than cartel drug runners.

As a lesbian living openly with another woman who just happens to be a Doctor, she also has to navigate the social, cultural and political scene in a state that is not all that welcoming to people of her sexual orientation. Tall and fiery, she takes no guff from her fellow officers, giving back as good as she gets.  Brought up in Brooklyn in a family of cops, she knows the human capacity for doing evil, the frustration of dealing with the recalcitrant, the utter boredom of stakeouts.

But she could never imagine being kidnapped by a religious cult who are deal drugs to children in High School and believe that because of her red hair, she's one of them, and thus must be groomed into submission including breeding and marrying the psycho son of the alleged female leader of the group. The title calls to mind all manner of phrases having to do with the modest ten cent piece.  A dime a dozen, stopping on a dime, dropping a dime on someone, dime novels, one thin dime, etc.

The dime used to carry a little more importance than it does now. Long ago in the days before cell phones, and when public telephone booths were everywhere you looked, a dime meant the difference in being able to make an emergency call or not. It means taking a step back via Flashback to a point where Betty was given a dime by her deceased uncle and explained why it was important that she carry one around with her at all times. A dime that gets the ball rolling to helping her attempt to escape her nightmare.

Betty's relationship with James Earle, a relative of Jackie's was also very endearing. James Earle is a veteran who has seen more than most cops will in an entire career. It was easy for Jackie's family to be dismissive of him as he is the family drunk but he was very smart and a very good resource and sounding board for Betty. James Earle is the voice of reason when Betty is all out of giving two shits about what anyone has to say.

I have books 2 and 3 waiting to read so this will be interesting to see in what direction the author takes Betty after her harrowing experiences.