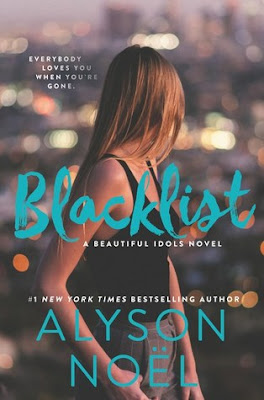 
In the second book of the suspenseful Unrivaled trilogy from #1 New York Times bestselling author Alyson Noel, Layla, Aster and Tommy have to unearth Hollywood it-girl Madison Brooks’ secrets before one of them takes the fall for her disappearance and murder.

Layla Harrison has finally found herself in the middle of a celebrity story worth reporting. Aster Amirpour’s name is in every tabloid—even if it isn’t the good kind of publicity she hoped for. Tommy Phillips is inches away from getting the girl of his dreams, which may be harder than scoring a VIP ticket to an Unrivaled nightclub.

But Layla, Aster and Tommy never imagined it would be because they’re entangled in the disappearance of Madison Brooks—a story that’s blinded the world like a starlet blinded by the flash of a paparazzi camera.

Now, Layla is receiving mysterious messages from an anonymous source, Aster’s looming murder trial is so huge even her parents’ lawyer can’t save her, Tommy is retracing his steps as the last person Madison saw alive, and Layla’s ex Mateo finds himself lured into the fold.

You can dig up dirt about celebrities that the tabloids miss if you search long enough. But when Layla, Aster, and Tommy team up with an unsuspecting insider to unearth the truth, they’ll find that some secrets are best kept in the grave.

Blacklist is the second installment in author Alyson Noel's Beautiful Idols series. Once more, the story focuses on three main characters; Aster Amirpour, Layla Harrison, & Tommy Phillips. But, it also includes Madison Brooks, the star who went missing in the previous installment, Mateo Luna, Layla's ex-boyfriend who finds himself chasing after a way to help support his hospital ridden sister, and Trena Moretti, a reporter who believes she can do what nobody else can do. Solve the Madison mystery.

Let's start with wanna be journalist Layla. Ever since she made the top three in Ira's contest, she has not exactly had the best time. She's lost her boyfriend Mateo. Her blog, Beautiful Idols, has taken a huge hit. Layla finds herself working in marketing, which she is absolutely not qualified to do. Layla truly believes that Aster is innocent, but she has other issues to deal with. It is Layla who gets unusual presents and texts from an unknown source revealing Madison's sealed past. Layla is in a difficult situation. She is already hated by a majority of those who used to follow her blog. If she goes forward with the Madison story, will it destroy her burgeoning journalist career, or will it make her a star?

Meanwhile, Aster, who wanted fame, found infamy instead. Aster faces first degree murder charges for the killing of Madison. Even though the police have no actual body, they do have circumstantial evidence which links Aster to the supposed crime. Plus, the lead detective already believes he has the real killer in his sights, and refuses to accept any other alternatives. The issue I have had with Aster is that she has always believed she is above the fray. Now that she is in the worst spotlight of her life, it is either time to make the bacon and prove she is innocent, or face a possible death sentence thanks to eager prosecutors who want to see her made an example of.

Tommy is the last known person to see Madison alive. He is now part of the biggest celebrity scandal to hit Hollywood since Marilyn Monroe was found dead. This gives him lots of notoriety, but when an opportunity comes along that might lead to fame and fortune, it is hard for Tommy to look away. Even though Tommy seems to care for Layla, he's not taken in by her desire to prove Astir's innocence. He becomes more of a holdover, than a person who takes charge of the situation and pushes forward. Plus, Tommy hasn't told Ira of his connection, which I am still waiting for.

The book once again ends on a slamming cliffhanger, which means that absolutely nothing has been solved after two books. The only thing we do know, is that too many people have a hand in the pie, and we have no clue why Madison was taken, or why. The list of suspects grows by the book. Almost everyone who is introduced in this book could be considered a suspect. Although, I remain pretty convinced by Astir, and Layla's innocence. One can only hope that the author finds a way to tie up things up with a nice little bow that will satisfy everyone who has read the first two installments.  I can say that if you like Pretty Little Liars, you will most likely find this series appealing.