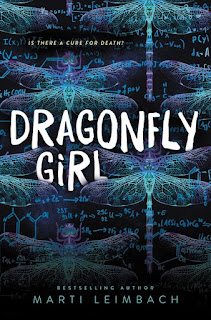 When a high school student discovers how to cure death, she learns how that knowledge will change her life—or end it—in this propulsive and spellbinding thriller and YA debut from bestselling author Marti Leimbach.

Kira Adams is finding high school difficult. She’s awkward and shy, plus she may flunk out if she doesn’t stop obsessing over science, her passion and the one thing she’s good at.

Desperate to pay off her mother’s debts, she enters a prestigious science contest with a big cash prize. But the contest isn’t for students, and Kira must spend a week at a conference with other prizewinners, pretending to be an adult with a PhD, not a timid high school senior.

There, Kira draws the attention of the celebrated scientist Dr. Gregory Munn as well as his handsome assistant, landing a part-time job at his famous laboratory. Her job is mostly about cleaning floors and lab equipment but then, one night, Kira stumbles across a way of reviving a lab rat that has died in her care. Suddenly she’s the remarkable wunderkind, the girl who can cure death. For a moment her future seems secure.

But as Kira discovers, science can be a dangerous business. She’s soon swept up in an international rivalry, with forces at work she’d never imagined and consequences that threaten her life. Overcoming her shyness and using her unique intelligence will be the keys to her survival.

Dragonfly, by author Marti Leimbach, is not a standalone. From what the author has posted, it is the first installment in a trilogy. This story follows Kira Adams. While Kira may be a scientific genius, she’s awkward and shy and a social outcast at school. She's only good in two subjects: math and science and has only one real friend in Lauren. Kira works as many part-time jobs as she can to help her cancer-stricken mother. But things are about to change. After entering into a science essay contest, Kira shockingly wins. Winning means that Kira can pay off the loan shark that has been hounding her and her mother.
Winning also means traveling outside the country for the first time in her life to participate in the Science of Our Future Conference in Stockholm, Sweden. Kira soon finds herself in more trouble than she could ever imagine. Starting with meeting the mysterious Dr. Munn of the Mellin Institute as well as the seemingly bitter Will Drummond. Kira is bombarded with people who want to push her in several different directions and others who want to stop her from gaining the recognition she deserves.
She's told under no uncertain terms is to take a job working for Munn, that someone else has their eyes on her research and it's possibilities. After arriving back home, Kira is offered a job working with Dr. Gregory Munn who runs a prestigious lab in Oakland which is near her home. Unfortunately, her supervisor is the same jerk who caused her problems in Stockholm and who seems determined to teach her nothing and force her to quit. Fortunately, she meets Dmitry who takes her under his wing and makes her feel welcomed. While working with Dmitry, Kira discovers a procedure that brings a rat back to life.
Kira's world is about to get much, much bitter, and more dangerous than she could ever imagine. What's obvious is that everyone whats Kira's discovery. She's kidnapped along with her nemesis Will and taken to Russia where she is forced to share her procedure and pressured to join a rich man's stable of young scientific geniuses. Until she manages to escape...I don't want to give any spoilers, but suffice to say she ends up in the very last place on earth she ever expected and must rely on her smarts to keep herself alive.
Leimbach takes readers on a wild ride to European capitals, underground labs, elegant ballrooms and even to the Hall of Mirrors where the first Nobel Prize was awarded. She writes about the provocative and exploration of a medical and ethical dilemma about finding a way to stop death that will provoke thought and debate for teen readers. As I mentioned above, this is not a standalone. The ending very much indicates that the author intends to focus on Kira and her next steps in her evolution and what it means to her own future if she takes certain steps.